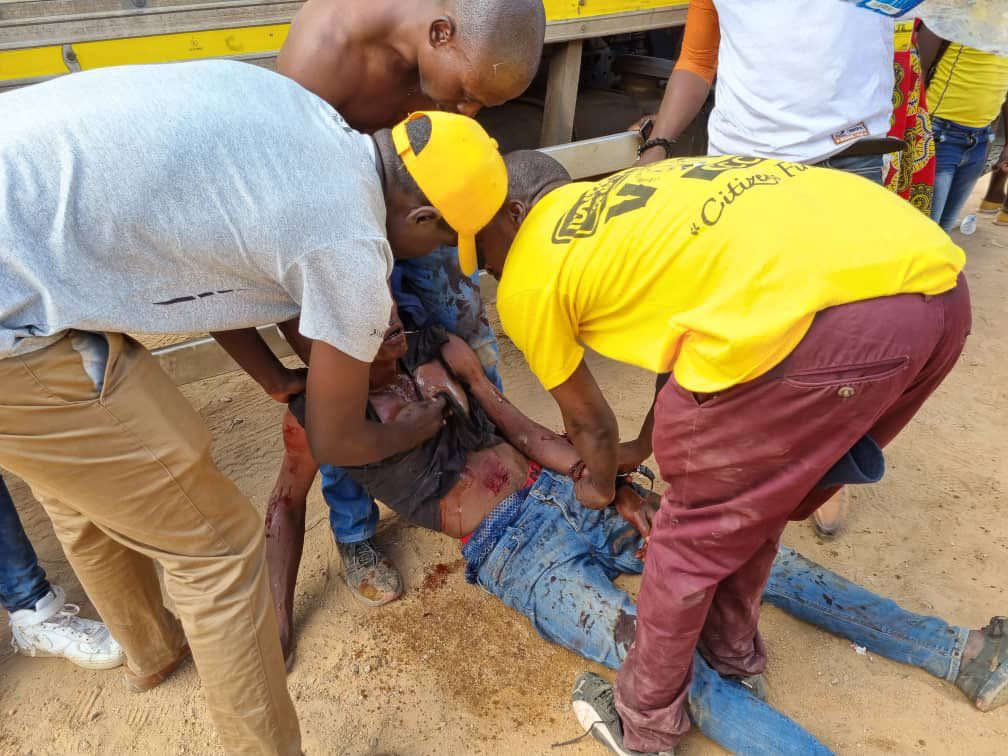 Images and visuals coming from the venue show the scared crowd disintegrating.

The attack occurred just as CCC president Nelson Chamisa was delivering his speech to the crowd.Chamisa could be heard shouting: “Those who are causing violence are not our people, they don’t belong to us.”

But the attack continued relentlessly.

An announcer who immediately took over from Chamisa could be heard encouraging the party youths to retaliate.

“All youths please fight back,” he shouted, but they appeared to be completely overrun.

This comes barely day after his Gokwe rally was abandoned after his supporters were teargassed and beaten by police who insisted the rally had been banned a High Court authorising it.