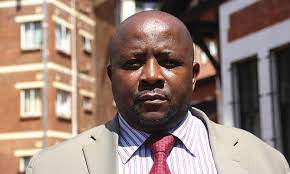 BY HARRIET CHIKANDIWA
GUTU South MP Pupurai Togarepi (Zanu PF) has suggested that Zimbabwe must demand compensation for losses incurred while the country was under British rule.

Togarepi said this last Thursday while debating a motion on unethical practices by forces of imperialism in the National Assembly.

“The people of Zimbabwe, young and old, demand that the British must pay reparations for the crimes committed during colonisation and after the creation of their surrogate government of Rhodesia,” he said.

“The British committed crimes against humanity on our land. They continue to do so to this day with impunity, through imposing illegal sanctions. Zimbabwe has to be compensated for the damage it suffered as a result of colonialism as our forefathers were dispossessed of their assets.”

Togarepi said citizens should stand in solidarity and thwart any attempts of imperialism.

“Demand restitution from the countries that caused untold suffering to the black majority and unduly benefited from the economic resources of our land.

“Demand reparation for each of the years that the country laboured under the bondage of colonialism; and strongly condemn the imposition of sanctions on Zimbabwe for repossessing its land from imperialists,” he said.

“I condemn in the strongest terms the unethical practice by our former colonisers who de-cultured our people, portrayed us as uncivilised and poverty stricken tribesmen, all in the quest to entrench their hegemony and grab the land for their personal use and for their descendants, with no form of reparations to the disposed blacks, the rightful owners of the land,” he added.

“The British during colonialism killed our people, tortured those who dared to resist them, forcibly took our land, took our cattle, raped our women, displaced our people to arid and disease infested areas, and imposed their culture and religion on us.

Mberengwa East legislator Marko Raidza (Zanu PF) chipped in: “This is the time that Britain must give us an apology and it is good that they apologise so that we move forward. They might think that by giving a hand of reconciliation as a nation, we have forgotten. We have forgiven but we did not forget what they have done to us and that is why we continue to talk about it today.”