British investor makes new claim over CSC . . . Boustead says it took over full control of the beef processor in 2019

Source: British investor makes new claim over CSC . . . Boustead says it took over full control of the beef processor in 2019 – The Standard 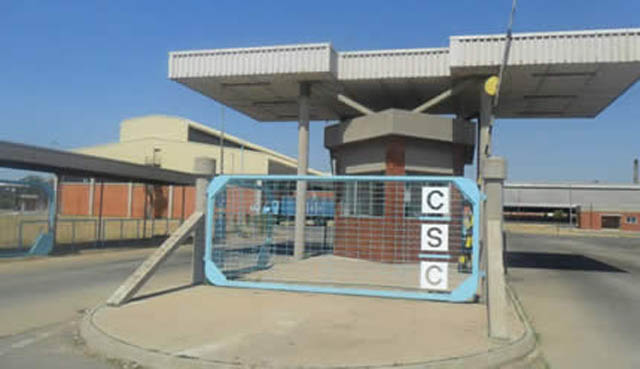 BOUSTEAD Beef Zimbabwe, a firm that is currently undertaking the revival of the state run Cold Storage Company (CSC), claims in new documents seen by Standardbusiness that it assumed full control of the beef processor in 2019.

Nicholas Havercroft, director of the British firm, claims in the papers that the deal also involved the acquisition of Wetblue Industries, a subsidiary of CSC for an undisclosed amount.

The document, which is dated April 8, 2019 reads: “Extract of minutes of a board meeting held at Harare, Zimbabwe on Monday, 8 April 2019. It was agreed that after the acquisition of the Cold Storage Company Zimbabwe and its subsidiary Wetblue Industries Pvt Ltd by Boustead Beef Zimbabwe Pvt Ltd, that the subsidiary be removed from judicial management”.

“It was further resolved that the judicial manager Mr Crispen Mwete will perform the necessary procedures to assist in uplifting the judicial management order with the master of the High Court in cooperation with the legal representatives of Wetblue Industries Pvt Ltd,” says the document.

When reached for clarification, Havercroft told Standardbusiness that he had no further comments to make beyond what was in the document.

“If you have a document, then obviously the information you are asking for will be in the document,” he said.

He would not discolse the acquisition figure in the deal, but referred Standardbusiness to his lawyer Gerald Mlotshwa.

Mlotshwa had, up to the time of going to press, not responded to questions sent to him.

A statement on the website of MarillionEx, one of Havercroft’s firms, also claims that “Boustead recently acquired Africa’s largest beef production company from the Zimbabwe government (Cold Storage Company)”.

He repeats the same claim in his LinkedIn account.

Agricultural minister, Anxious Masuka, whose ministry administers CSC, did not respond to a request for comment.

His permanent secretary John Basera also failed to respond, while the ministry’s legal director Darlington Tshuma, referred Standardbusiness to a press statement issued by Masuka a few weeks ago following a report on the matter by The Standard.

In the statement, Masuka said government “remains committed to the successful resuscitation of CSC within the legal framework of the country and the agreement between Boustead Beef and government”.

“The resolution was given to me so that I can take the company out of judicial management. Yes, I got the document, but it is not true that he had acquired CSC. I don’t know what his interpretation is. What I know is that he is supposed to have a 25-year lease,” Mwete said.

“Whether that can be called an acquisition I don’t know. It’s a genuine document. He wrote that thing.”

CSC corporate rescue practitioner, Vonani Majoko said: “I have come across some documents suggesting that Boustead Beef acquired CSC and Wetblue Industries, but I believe it is only a way of expression”.

“In all my dealings with Boustead Beef, there has been no suggestion that they acquired CSC,” Majoko said.

“They have always referred to a joint venture agreement with the government.”

Investigations by Standardbusiness revealed that Havercroft sold the CSC book debts to “himself” at a hugely discounted price, thereby prejudicing creditors in the process.

According to the debt purchase (DP) agreement dated March 5, 2019 and signed by Havercroft on behalf of CSC, the seller and Boustead Beef UK, the buyer, the CSC debt totalling US$33 million was bought by Boustead Beef UK for only US$330 072.

The DP agreement was entered into after the government and Boustead Beef had signed the Livestock Joint Farming Concession Agreement (LJFCA) on January 22 2019.

The deal empowered Boustead Beef to assume control of CSC’s ranches and meat processing facilities across the country, along with managing distribution centres and residential properties in Harare, Gweru and Mutare for a period of 25 years.

According to the LJFCA agreement, the government entered into an agreement with Boustead Beef, registration number 4852/2013, not Boustead Beef UK operating under company number 09860820.

CSC was placed under corporate rescue proceedings in 2020 after the government had claimed that the LJFCA was difficult to implement as creditors were threatening to attach CSC assets.

Ngoni Kudenga of BDO Zimbabwe Chartered Accountants was appointed corporate rescue practitioner, before being disqualified on conflict of interest allegations.

Investigations show that Boustead, which has undertaken to invest about US$130 million into CSC over five years, has not injected any meaningful capital into the business.

Instead, the company has been collecting rentals from tenants but reinvesting into the business, according to Majoko.

According to the LJFCA, in the first year, Boustead was expected to invest US$45 million, with US$10 million set to be channelled towards the purchase of cattle to replenish the stock.

The other money was supposed to be invested into abattoir refurbishment, canning factory, working capital, plant equipment among other things.

Boustead consultant, Reginald Shoko failed to respond to questions on how much the firm had invested into CSC operations as per LJFCA agreement.