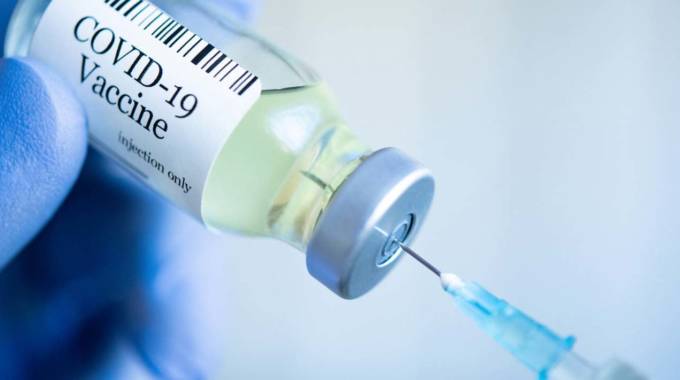 Zimbabwe has contracted yet another US$50 million loan from the Africa Export-Import Bank (Afreximbank) to finance its Covid-19 vaccination programme despite government claims it is using internal resources, investigations have revealed.

The latest borrowings have pushed Zimbabwe’s debt to the Pan-African lender to a staggering US$1,4 billion since President Emmerson Mnangagwa took over power following a military coup three years ago.

Mnangagwa’s government is already under pressure to lift its veil of secrecy around the Afreximbank loans, most of them acquired in violation of the constitution as they didn’t have the required parliamentary approval.

Investigations by The Standard, working in collaboration with the Information Development Trust, a non-governmental organisation that supports journalists to probe bad governance and corruption, revealed that Parliament has once again been sidelined in borrowings to finance the purchase of Covid-19 vaccines from China.

In January, Finance minister Mthuli Ncube, who was early this year forced by the High Court to publish details of foreign loans, claimed the government had raised $100 million internally to fund the purchase of Covid-19 vaccines to cover at least 60% of the population.

Finance ministry and Reserve Bank of Zimbabwe (RBZ) officials have now told The Standard that the government did not have the money at hand and was forced to once again turn to Afreximbank.

“The terms of the loan are 1.5% interest per annum,” said a Finance ministry official, who requested anonymity.

“Like other loans from Afreximbank, the loan negotiations did not go through Parliament,” said the source, adding that it was illegal because the legislature is supposed to be involved.

The loan was acquired through the RBZ, whose appetite for Afreximbank loans grew exponentially after the 2017 coup.

The central bank first borrowed US$400 million in December 2017 from the Abuja-headquartered bank   before accessing another US$340 million in June of the following year.

Between 2019 and last year, Afreximbank gave Zimbabwe another US$600 million, including the US$150 million that was used for buying fuel and other essential services.

Parliament was not consulted on all the loans that attracted about 1,5% interest and mortgaged mineral resources.

Afreximbank also loaned US$70 million to Zimbabwe Borders, which is redeveloping the Beitbridge border post and the government is the guarantor.

Humphrey Nwugo, Afreximbank’s regional chief operating officer, declined to comment on the latest loan given to Zimbabwe to finance the purchase of vaccines.

Nwugo referred questions to Zimbabwe’s Finance ministry, but confirmed that there was a US$2 billion facility for African governments to borrow for vaccine procurement.

“Kindly contact the ministry of Finance for information on this or for confirmation as we do not discuss counterparty issues with journalists,” Nwugo said.

“As you may know, however, Afreximbank is supporting the African Union vaccine rollout on a whole of Africa basis through what we call advance procurement commitment, which is a US$2 billion commitment available to all African countries that will initially operate as a guarantee in favour of manufacturers to enable member states of the bank to negotiate vaccine supplies with manufacturers on as a whole instead of each country negotiating bilaterally and then not being prioritised by manufacturers on account of size.

“Every member country of the bank, including Zimbabwe, is eligible to participate in this arrangement,” he added.

But both the RBZ and the Finance ministry ducked responsibility to respond to media questions.

Clive Mpambela, head of communication in Ncube’s office, directed The Standard to the RBZ.

In turn, RBZ governor John Mangudya said the Health and Child Care ministry led by Vice-President Constantino Chiwenga was better placed to comment on the loan to buy Covid-19 vaccines.

“I will prefer to defer that question to the ministry of Health, who are procuring the vaccines,” he said, before brushing aside questions about Zimbabwe’s mounting debt to Afreximbank and how the loans were being acquired.

Former Finance minister Tendai Biti said the government was violating section 327 of the constitution by acquiring loans without Parliament’s involvement.

“Section 327 of the constitution is very clear that before any agreement is signed that commits Zimbabwean resources and before any loan is contracted it must be approved by Parliament first,” Biti said.

This section relates to international treaties and conventions and arrangements that entail agreements between the government and foreign states or organisations.

Under section 327 (2), these agreements cannot be binding without parliamentary approval.

But there are cases whereby Parliament has to deliberate on and declare that some of these international agreements do not require its approval, as section 327 (5) provides.

However, under section 327(5)(a), agreements which involve the withdrawal of funds from government coffers are excluded.

“You don’t go to Parliament post facto and if they have (government) done this, it is illegal and I hope someone will challenge it” Biti said.

The MDC Alliance vice-president said Mnangagwa’s government lacked transparency and there was a possibility the secret loans were being abused.

“The Chinese…are actually aware of Zimbabwean laws and the Chinese actually insist on Zimbabwe going to Parliament first, but not Afreximbank,” Biti added.

“Emmerson Mnangagwa’s government is a government of thieves and thieves do not want scrutiny.

“Any debt has to be paid and carried by the taxpayer, by ordinary people.

“Zimbabwe’s debt is increasing and people are carrying the debt.

“A child who is being born today who is innocent owes US$2 000, which he does not know where it came from and when you incur debt you are putting a tax on future generations, you are taking away their right to good roads, to dams, to clinics, to hospitals.

“That is why the constitution is guarded the way it is so that there is parliamentary scrutiny by the people of Zimbabwe through their chosen representatives.”

Mnangagwa’s government torched a storm in 2019 when it proposed 27 changes to the constitution, proposing to strip Parliament of its oversight role by allowing the president room to enter into agreements with international organisations, including those that impose fiscal obligations on Zimbabwe without the approval of the legislature.

John Maketo, the Zimbabwe Coalition on Debt and Development (Zimcodd) programmes director, said the changes to the constitution proposed by Zanu PF would worsen the situation.

“It undermines democratic governance,” he added.

“We are laying a huge fiscal burden on future generations. We are taxing the future.

“We are also reducing our credit profile.

“When you are a high-risk country, you also reduce your opportunities for foreign direct investment.

“It also means that the opportunities of those investors getting loans guaranteed by their governments to come and invest in Zimbabwe are greatly reduced.”

He said Mnangagwa’s Vision 2030 remained a pipedream if the country continued to amass foreign debts.

“We have our minerals and those resources should be able to support future generations,” Maketo said.

In 2019, Harare North MP Allan Markham approached the High Court demanding the cancellation of a US$500 Afreximbank facility to Zimbabwe million, which he argued was illegal as it had  not been approved by Parliament.

High Court judge Justice Happias Zhou ordered the Finance ministry to gazette the terms of loans and guarantees by the government relating to Afreximbank and other lenders.