Bruce’Jungleman‘ Grobbelaar Speaks Out, “Mugabe Pushed Me Out Of Zimbabwe” 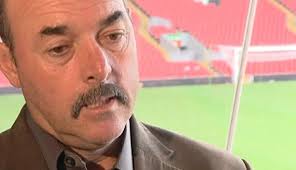 Source: Bruce’Jungleman‘ Grobbelaar Speaks Out, “Mugabe Pushed Me Out Of Zimbabwe” | ZimEye

Grobbelaar spent 11 years in exile following a fallout with Mugabe.

The former Zimbabwe and Liverpool goalkeeper says he is happy to set his foot on Zimbabwean soil again and has set his sight on helping the country to restore the glory of the Dream Team days.

“Right now I have come for a dialogue with President Emmerson Mnangagwa. We have booked a meeting with his office to talk business.

I have with me some investors from abroad who are interested in investing in the country. They have big plans to build schools, academies and shopping malls,” said Grobbelaar.

“The last time I came here was in 2007 when I was asked to assist the Warriors but then there was a fallout with the former President when I asked if they could pay me in forex.

Grobbelaar made 628 appearances for Liverpool over a period of 13 years. During his stint at Anfield, he featured in 440 league games, won the League championship with the club six times, as well as three FA Cups, three League Cups and the 1983-84 European Cup.

Yesterday Grobbelaar visited his former primary school David Livingstone and later had several meetings with old friends and some politicians.

Grobbelaar, a qualified coach, said he was available to assist the national soccer team if his services were required.