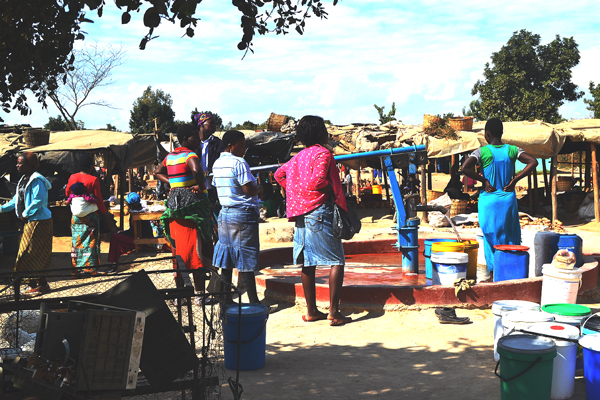 BULAWAYO’S borehole water could be unsafe for drinking after the city council admitted yesterday that it was untreated.

In a response to the inquiry yesterday, town clerk Christopher Dube said the city had around 350 public boreholes which were drilled for community use.

“The city policy is that borehole water is not meant for potable use, but for secondary use. The report referred to in your letter clarified that despite water quality testing, the city cannot guarantee the quality of borehole water because it is not treated and piped to guard against contamination from the soil and sewage overflow among other aspects. In that regard, the council cannot be held accountable for its quality,” he said.

“The City of Bulawayo, however, routinely monitors its quality as part of public health surveillance responsibility as a local authority inasmuch as we monitor food premises among others.”

The town clerk said the council’s mandate was to treat surface water from the dam for domestic use.

He said in that regard, they treated water and piped it all the way to consumers’ taps in order to guard against contamination.

“This is water that we monitor in accordance with the statutory requirement you referred to in your question. This is because we have the capacity to manage and control its quality, unlike borehole water whose quality we have no control over. Our advice to residents is to boil water where it becomes necessary to drink it,” Dube said.

In his letter to council, MIHR co-ordinator Khumbulani Maphosa requested information about water quality based on section 62 of the Constitution, which accords the right to access to information held by a person, including the State insofar as the information is required for the exercise or protection of a right.

He requested council to furnish MIHR with information on how many public boreholes were in Bulawayo, as well as how many of them had their water tested for quality last year when the city experienced severe water
shortages.

Last year, a diarrhoea outbreak in Bulawayo killed nine people out of 1 800 cases after the city experienced an acute shortage of water.