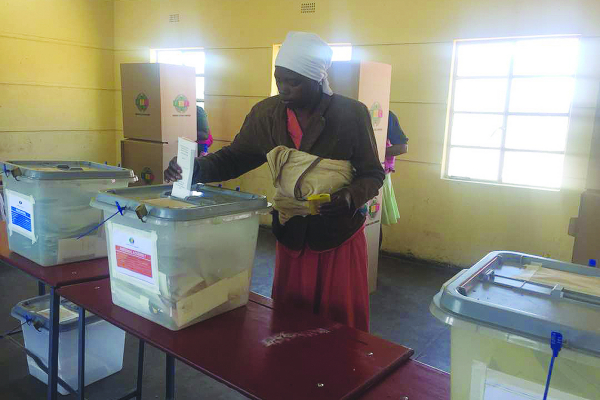 BULAWAYO has recorded zero new voter registrants since the commencement of the voter registration exercise, a trend reported to be also prevalent in other parts of the country, the Zimbabwe Electoral Commission (Zec) has revealed.

Zec resumed other electoral processes like voter registration on April 1, after months of suspension of electoral activities due to COVID-19 preventive measures put in place by government, but by-elections remain suspended.

“People are not coming to register to vote. On average, we record zero new voter registrants per day. The figures are disappointing,” Ncube said

“We are preparing for delimitation, an exercise that is based on registered voters, and what it simply means for Bulawayo is that if people are not coming to register to vote, there is a likelihood of losing two to three constituencies. It is up to politicians to make sure that people come and register to vote,” he said.

A latest Zimbabwe Election Support Network (Zesn) report titled: “Monitoring Government Response to the COVID-19 Pandemic 2021” also noted that there was a general poor turnout for voter registration across the country.

“In Chiredzi West, of the few people who were registering to vote, most were from ward 16 of Chiredzi North where Zanu PF held a primary election to select a candidate to represent the party in the anticipated National Assembly by-election. The Zec office in Lupane East indicated plans to partner with civil society in encouraging people to register to vote.”

Finance minister Mthuli Ncube allocated $2,3 billion to Zec in the 2021 budget, of which $1,744 billion is meant to fund the delimitation exercise.

Voter registration statistics will guide the upcoming delimitation exercise — creation of new electoral boundaries ahead of the next general elections.

While some provinces will get new constituencies during the delimitation exercise, Bulawayo is likely to lose about three constituencies as the registered voter population falls far below the minimum threshold.