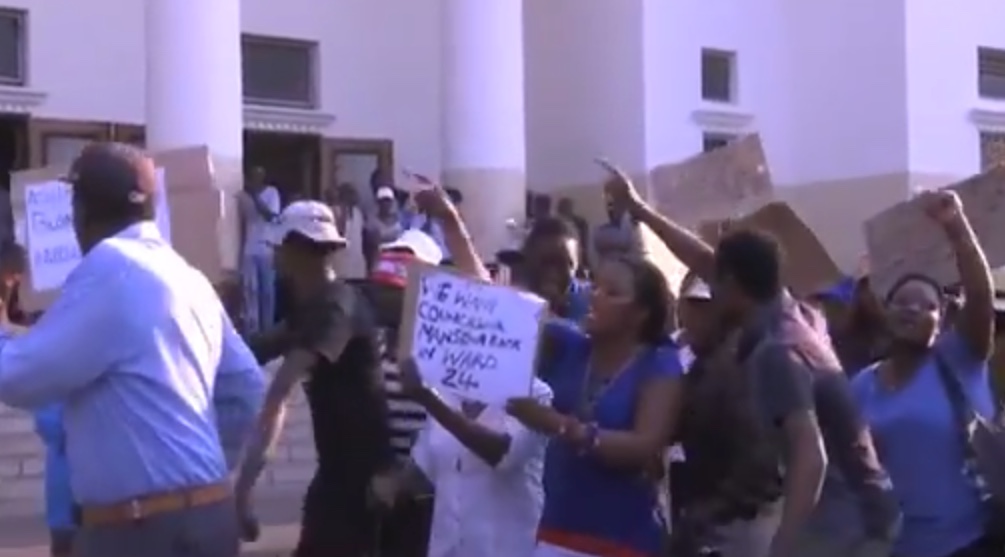 Some Ndebele-speaking residents of Bulawayo say they won’t allow a Shona-speaking mayor or deputy to run the city.

Bulawayo is a predominantly Ndebele-speaking city, located in the Matabeleland region in southern Zimbabwe but the Shona are in the majority across Zimbabwe.

Some Ndebele-speaking residents of Bulawayo said they have long been marginalised by the Harare government and won’t allow a Shona-speaking mayor or deputy to run the city council.

Residents protested at the City Hall, demanding their grievances be met.

“Bulawayo is city of Mthwakazi, a place for the Ndebeles,” said rights activist Patricia Tshabalala

“There has never been a Shona chief in Bulawayo. We didn’t vote for these councillors and there was a lot of rigging. Let me tell you that Nelson Chamisa boy is a fool. There are the ones who did this.”

Solomon Mguni was elected as mayor, and Tinashe Kambarami his deputy, in the July elections.

Tshabalala says President Emmerson Mnangagwa and opposition political leaders have no respect for the people of Matabeleland and it is high time they listen to them.

“What we want is for the Shonas to go back to the benches and start thinking about the Ndebeles,” Tshabalala said.

“The only best thing I can advise Chamisa and Mnangagwa, they should give us our country back.”

Political activist Decent Bajila said the people of Bulawayo have a right to express their dissatisfaction with the calibre of their leaders.