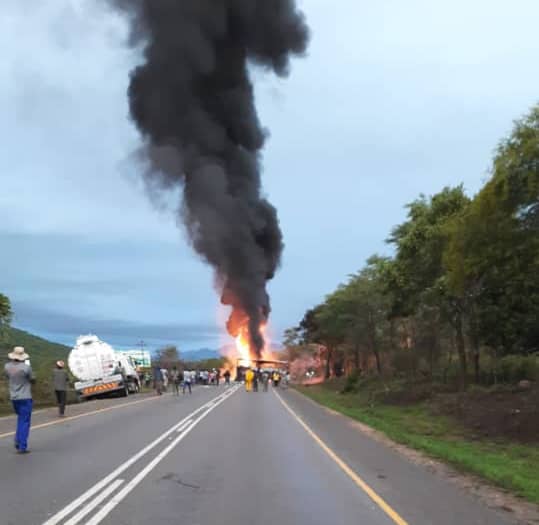 BY NQOBANI NDLOVU
A significant number of passengers were burnt to death in an accident after a bus they were traveling in collided with a fuel tanker on Friday near Mutare tollgate.

The bus, owned by Beta bus company, was traveling from Harare when it collided with a fuel tanker at Matongo near Mutare tollgate, police confirmed.

Police spokesperson Paul Nyathi, who could not confirm the exact number of people who died in the accident, said more details will be available later as police are still attending to the scene.

“We received the disturbing news that a bus collided with a fuel tanker on that road. The bus was coming from Harare. Some people have died, and some were left with serious injuries. Our officers are there on the ground…we will release more details later during the night,” Nyathi said