BEITBRIDGE – There was chaos at Chicago Police road block, a few kilometers outside Beitbridge when bus drivers refused to return to the border post to have their busses searched for the second time. 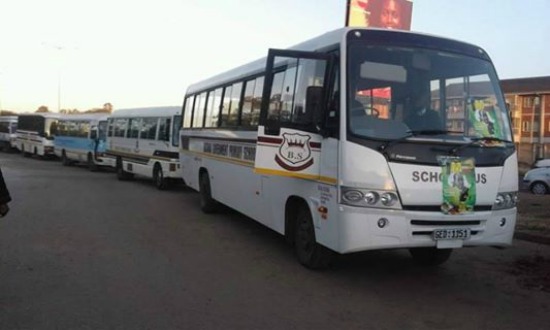 The busses had passed and were searched at Beitbridge Border Post enroute to Harare at around 5am. They were cleared and 6km from the border at Chicago they were stopped at Chicago where cops manning the roadblock ordered them to return and get searched for the second time.

Chicago Road Block which has a special team of cops brought from outside Beitbridge is notorious for demanding R2 500 for a bus to pass without being asked questions.

Seven busses together with passengers remained parked at the roadblock from 5am until 1 pm with the drivers resisting the orders.

Efforts to get a comment from Mat South Police spokesperson Inspector Loveness Mangena were futile.

Seven buses were stopped at the roadblock and they parked for seven hours after refusing to drive back to the border.

One of the bus drivers who preferred anonymity told Two Nations that he left the border at 5 am after going through all procedures and was surprised when he was ordered at the road block to return and go through the same process.

Passengers complained against the delays.

“It’s 1pm and we left the border at 5 am, we are stuck in the bus because we don’t have money to catch other busses to Harare. We have kids here and they are hungry,” said Sitshengisiwe Mpofu.