Business as usual in Harare on Independence Day 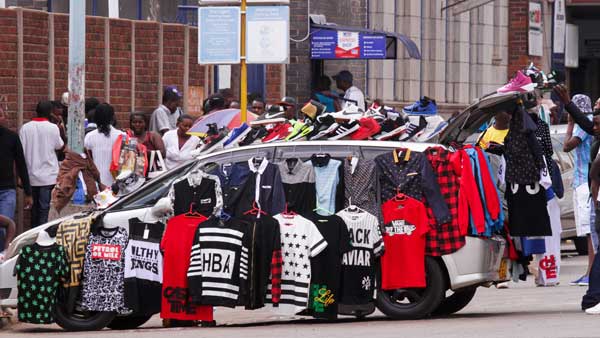 BY VARAIDZO MUDEWAIRI/CATHERINE MUCHIRI/ PRIVELEDGE GUMBODETE
IT was business as usual in Harare yesterday as the country marked its 42nd Independence Day celebrations running under the theme Zim@42 — Leaving no one and no place behind.

Over the years, April 18 has increasingly been highjacked by Zanu PF and turned into a carnival of extravagance, resulting in people generally losing interest in the celebrations.

In the past, Independence Day was one of the most remembered public holidays where thousands of people flocked to various festivities across the country to honour heroes of the struggle for independence.

Yesterday, it was business as usual in Harare as most people went about their normal business with some who spoke to NewsDay questioning the significance of the day.

This year’s main independence celebrations were held at Babourfields Stadium in Bulawayo for the first time since 1980.

A snap survey by NewsDay revealed that most businesses in Harare central were open while taxis and commuter omnibuses were plying city routes.

Hawkers and vendors were busy on the streets.

Flea markets, supermarkets and pharmacies were open, in stuck contrast to yesteryear when most towns and cities would shut down during Independence Day celebrations.

A supervisor at a shop along Julius Nyerere Way, Authur Musikavanhu said the location of this year’s celebrations made it difficult for people in Harare to attend.

“For us, it is business as usual. We are open for business and have been recording sales since morning. We are employees so our bosses said we should open and we are simply following instructions. The celebrations for this year are also far,” Musikavanhu said.

“We are not commemorating this Independence Day holiday as there is nothing to celebrate considering economic hardships facing most Zimbabweans. This is just like any other day,” Nguruve said.

A vendor, Brian Muchemwa, also echoed the same sentiments, saying instead of celebrating the day, people were on the streets “hustling” for a living.

“There is nothing to celebrate on this day as we are broke. This holiday used to be respected, but times have changed as life is becoming harder every day. In the past, we could afford to be at home and celebrate with our families. Most people are surviving from hand-to-mouth. Government should stop police and council officials from seizing our stuff. That is the independence we want,” Muchemwa said.

“Back then, holidays used to be celebrated by visiting rural areas, but things have changed due to the rising cost of living,” a government pensioner and a taxi driver at Copacabana, Takesure Marisa said.

A Zupco driver, who requested anonymity, said: “At Zupco, we are always chasing targets and there is no time for resting and in the end, we are paid peanuts. So there is nothing to celebrate.”

A clothes vendor Agnes Chirimuuta said Independence Day had become a platform for leaders to assert themselves over the people.

The Zimbabwe Human Rights NGO Forum (the forum) weighed in, saying the country’s Independence Day has lost its true essence as fundamental freedoms continue to be stifled by the Zanu PF-led government.

In a statement, the forum said: “The current socio-economic situation does not agree with the theme and, indeed, the Constitution. For the past 42 years, the gap between the rich and the poor has been growing to the extent of diminishing this year’s theme without any reasonable doubt.”

The forum decried the selective application of the law which favours the ruling elite and cartels. Moreover, the civic group noted, this year’s independence ironically coincided with the government’s push to close civic space.

“The independence celebrations also come when disturbing developments are taking place in the country. These include the closure of civic space and continuous abuse of human rights, particularly for opposition supporters and human rights defenders.

“It is worrying that the government has taken a preoccupation with crafting laws to close civic space, taking the country decades back,” the forum added.

According to the Forum the Private Voluntary Organisations Amendment Bill, the proposed Patriotic Bill and the Cyber-Security Act, among others, are not laws fit for an independent country that has seen the worst form of repression from the colonial government using similar laws.

The forum said true independence was when the people of Zimbabwe were free while their rights and freedoms were protected.

“It is regrettable that the independence has lost meaning to many Zimbabweans because of the worsening economic situation in the country and the ever-rising political tensions in betrayal of fundamental rights and freedoms guaranteed by Chapter 4 of our Constitution,” the forum said.