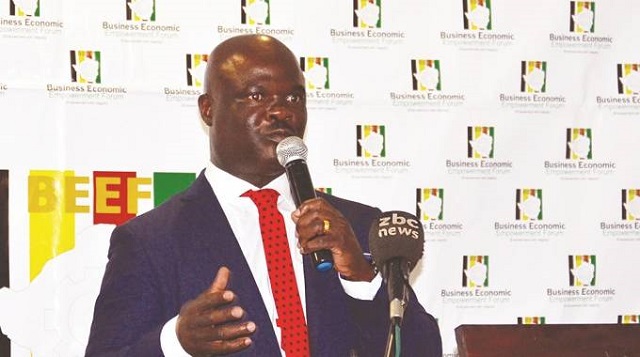 Beef president Mr Solomon Matsa said a survey carried out by the business empowerment body revealed that virtually all of the country’s municipalities’ rates and tariff levels were exorbitant and frustrated investment inflow into the country.

“We have realised that the rates which are being charged by councils are very high nationally and we are lobbying that come the next financial year, we need to re-look how they are calculating rates for properties and on the same note we want to ensure that the property or land that is within the municipal areas is given to businesses which are serious,” said Mr Matsa.

Local authorities the world over are a critical pillar in building a conducive environment that attracts investment in their areas in line with economic goals of central Governments. It is in this regard that the crafting of council budgets and implementation of by-laws should be guided by broader macro-economic fundamentals in a country.

Mr Matsa said local authorities should also repossess the land it parcelled to land developers that are failing to commence developments.

“There is a tendency in Zimbabwe whereby a lot of land has been taken by speculators while genuine people intending to do business are sidelined yet those that intend to sell the land multiple times are the ones that get the land. So the councils must repossess the land as per the current Local Government policy and sell the land to people who are serious about business, we also want clear cut terms where development of that land is going to happen such that we make use of our land going forward,” he said.