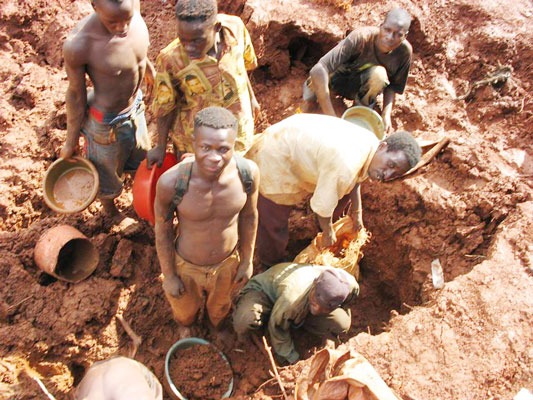 BY NIZBERT MOYO
POLICE in Bulawayo have arrested 35 gold panners who had taken over Happy Valley Mine on the outskirts of the city.

The mine belongs to a 54-year-old Bulawayo resident.

The gold panners were arrested after the police on Monday received a report from the owner of the mine.

He said all the gold panners would appear in court.

“We have arrested 35 illegal gold miners at Happy Valley Mine in Bulawayo.

The owner of the mine observed the suspects doing illegal mining activities at his mine, including at neighbouring homesteads.

On March 7, police received a tip-off from the complainant and a search was conducted leading to the arrest of the suspects,’’ Ncube said.

He said police recovered various items that included three firearms belonging to a security company that was protecting the illegal miners, a compressor, two shovels and wheelbarrows among other things that were being used by the suspects.