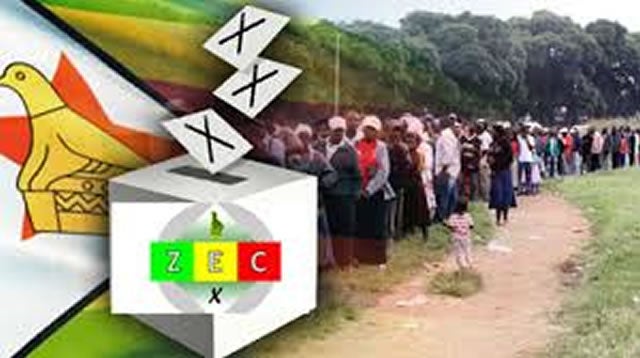 THE Zimbabwe Electoral Commission (Zec) has lamented at the poor turnout in its voter registration exercise in Bulawayo, and warned that the city risked losing some constituencies in the next delimitation exercise.

“We are not registering even one person at any given week. It was only last Saturday when someone organised a group of people in Pumula suburb, about 15 of them to register as voters, our highest figure to date at any given time,” Zec provincial officer Sithembiso Khuphe told Southern Eye yesterday.

Khuphe said Zec’s target was to register plus 400 000 registered voters in Bulawayo to ensure the city gets 15 constituencies up from the current 12 during the next delimitation exercise.

However, indications are that the city will lose at least three constituencies as the current voter registered population for the city falls far short of the minimum threshold.

Independent election watchdog, the Zimbabwe Election Support Network has also warned of the same, saying the same fate is likely to befall Matabeleland North and South provinces in the next delimitation exercise.

“We are encouraging people to come and register. What we have realised is that people only take voter registration seriously when elections are around the corner. That is the problem we have.

“We had a target to get 15 seats with plus 400 000 voters in Bulawayo when we started the exercise, but, unfortunately, that has not been the case,” she added.

Bulawayo currently has about 258 000 registered voters.

MDC youth secretary-general Gift Ostallos Siziba said the party’s national management committee meeting held in the capital on Saturday resolved to deploy its senior officials to Bulawayo to help in rallying residents to register to vote ahead of the 2023 elections.

“We noted with urgency the ongoing delimitation process in Bulawayo metropolitan province and resolved to urgently deploy national executive members to assist Bulawayo province in the voter registration process that is ongoing,” Siziba said.

Bulawayo has been one of MDC’s strongholds since the party’s formation in 1999. Zimbabwe last carried a delimitation exercise in 2007 ahead of the 2008 harmonised elections.

According to section 161 of the Constitution, electoral boundaries must be delimited once every 10 years after a census.