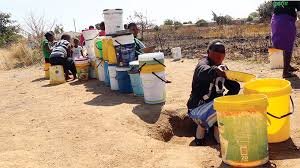 BY SILAS NKALA
BULAWAYO City Council has revealed that water levels in its supply dams remain very low despite the heavy downpours experienced across the country since last week, an indication that the water crisis ravaging the city is far from being over.

The city early this year decommissioned Umzingwane, Upper Ncema and Lower Ncema dams which remain decommissioned. It only remains with the Insiza Mayfair, Inyankuni and Mtshabezi dams.

On Monday, the city received a record breaking rainfall of 29 mm in 20 minutes in the central business district, but this has not significantly increased water levels in the supply dams, city engineer, Christopher Dube has revealed.