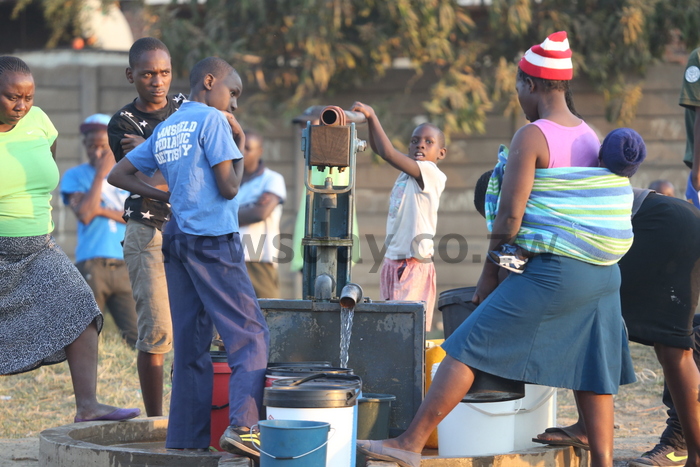 THE Matabeleland Institute for Human Rights (MIHR) has decried the sharp increase in cases of violence at water points in Bulawayo.

This was revealed yesterday following a survey conducted last year when Bulawayo was experiencing one of its worst water crises in years.

MIHR co-ordinator Khumbulani Maphosa told journalists during the presentation of the report that Bulawayo’s water shortages emanated from a leadership crisis, resulting in the Zimbabwe National Water Authority failing to provide bulk water.

The water crisis escalated after the local authority decommissioned three of its six supply dams due to low levels.

“This survey, which targeted Bulawayo women and girls at alternative water points shows that most females are facing violence at water points with 73% having experienced insults, 66% pushing/shoving, 23% fights and 15% threats.

“Mashonaland Central (11,2%) had the highest prevalence of violence at water sources and Matabeleland South had the least (4,8%). Violence at water points was more prone in those areas where people spent more time queuing for water.”

Maphosa said nationally, for the year 2020, an average of 7,4% rural households experienced violence at water points.

He said the major perpetrators of violence were youths.

“It is, therefore, critical for stakeholders in Bulawayo in particular and Zimbabwe in general to formulate gender-inclusive strategies of ensuring access to clean and safe potable water by all,” Maphosa
said.

He added that many residents spent long hours queueing for water at alternative water points such as boreholes, water bowsers, water kiosks and open wells.

“In some suburbs, families were sleeping in queues in order to be able to access water … There were rumours of ‘water mafias’ that were terrorising women and girls at some water points such as in Luveve suburb,” he said.

Maphosa said the suburbs that were mostly affected by conflict and violence were Mzilikazi and parts of Makokoba, Lobengula, Luveve, Magwegwe, Sizinda, Tshabalala, Pumula South, Habek and Cowdray Park.

He said stakeholders such as council, police, non-governmental organisations and residents should be engaged to deal with the problem since the water crisis still persists in the city.