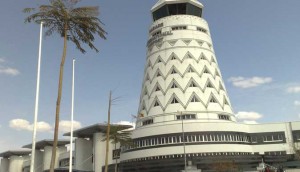 Government has so far invested more than $30 million in refurbishing the Harare International Airport runway and taxiway.

THE Civil Aviation Authority of Zimbabwe (CAAZ) is seeking financial advisors to help in the raising of funds for proposed capital projects at various airports across the country.

It is understood that CAAZ requires more than $400 million to invest in its airports’ facilities to keep them in line with international standards.

Zimbabwe has eight airports but most of them have not been upgraded in the past decade due to the unavailability of funds to implement projects.

CAAZ, which regulates and manage Zimbabwe’s airspace and airports, this week said it intends to raise the capital through the issuance of debt instruments and securities to local and international markets.

“Proposals are hereby invited for the expression of interest for the provision of financial advisory services to the CAAZ for raising of finance for capital projects financing and implementation,” the parastatal said.

“CAAZ is through this request for expression of interest, seeking for long term capital fund raising from the domestic and international capital markets through debt instruments and securities such as bonds, equity and other forms of Public Private Partnership to fund the projects.”

Government has so far invested more than $30 million in refurbishing the Harare International Airport runway and taxiway.

In 2013, government released $2,3 million to CAAZ for the upgrading of Joshua Mqabuko Nkomo International Airport in Bulawayo to increase its capacity as well as enabling it to provide modern facilities and services.

CAAZ also has smaller airports such as the Buffalo Range in Chiredzi, Kariba, Hwange Airport, Charles Prince Airport in Harare and others which require. CAAZ also requires funds  for airspace navigation infrastructure.

The latest development comes as government is planning to unbundle CAAZ into two entities as it seeks to improve efficiency in the running of airports and regulations of the air industry.

The new entities expected to emerge from the unbundling are the Zimbabwe Civil Aviation Authority and Airports Company of Zimbabwe.

The Zimbabwe Civil Aviation Authority would take over the regulatory role, while Airports Company of Zimbabwe would be in charge of commercial aviation operations, overseeing all airports and aerodromes. The move is expected to create a competitive regional aviation hub in the country.

Splitting CAAZ would ensure that the country complies with international best practice which dictates that the regulatory and operational functions must be separated from each other. This is also in the interest of good corporate governance as there is currently a conflict of interest because CAAZ is both the referee and the player.

Two weeks ago, Finance Minister Patrick Chinamasa said the promulgation of the Civil Aviation Amendment Bill to provide for the unbundling of the authority into a regulatory and Airports Authority would be fast tracked. Cabinet has since approved the plan.

CAAZ was established in 1999 as a statutory body to replace the former Department of Civil Aviation meant to operate on commercial principles.