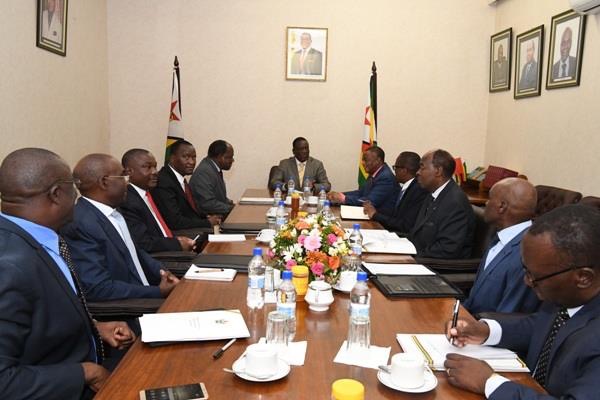 Zimbabwe’s Cabinet ministers and heads of government agencies will now be required to sign performance-based contracts that will be evaluated annually.

This is being done to create a culture of accountability and taxpayers will be made aware of how cabinet ministers and government officials performed after evaluation.

When President Mnangagwa was inaugurated in 2018 he made a speech and he said he is bringing servant leadership and said the days of bureaucratic bottlenecks have come and gone.

Permanent secretaries signed in 2021 and now cabinet ministers have been added for the first time in the history of the country that a cabinet minister is made to sign. That is new territory.

The projects that we are running have a lot to do with the people, the ordinary citizen, the officials are there to serve the people.

A ceremony where cabinet ministers and government officials will sign the contracts will be held on Thursday next week.

Those who have been sacked include Prisca Mupfumira, Joram Gumbo, Energy Mutodi, Fortune Chasi and Owen Ncube.