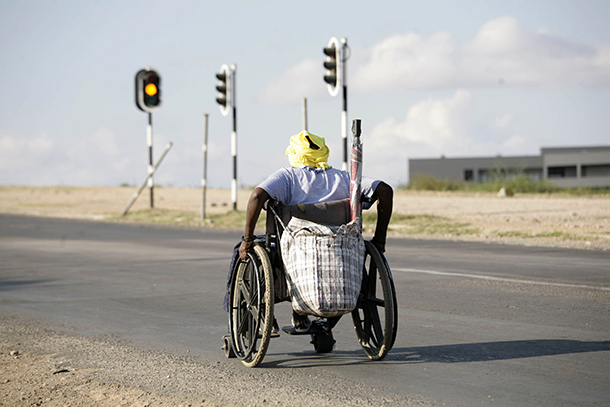 GOVERNMENT should assist people with disabilities (PWDs) with cushioning allowances after government put in place new regulations restricting movement of persons and gatherings in a fresh bid to stop the spread of the respiratory disease.

Disability activist Masimba Kuchera told NewsDay that after President Emmerson Mnangagwa launched the National Policy on Disability last week, the government must come up with measures to assist PWDs because they were among the most affected by the COVID-19 pandemic.

“The (COVID-19) impact was immense for people with disabilities, especially those with various impairments. The greatest constituency affected were students with auditory disabilities, and the deaf who could not partake in the radio lessons that were being transmitted using voice. There are no sign language lessons for deaf students,” Kuchera said.

“Many PWDs live below the poverty datum line and need cushioning allowances during the COVID-19 pandemic,” he said.

Kuchera said he hoped that the National Disability Policy launched last week would not be a policy document which gathers dust on the shelf.

“We expect the government to shed more light on how disability inclusion will be handled in different ministries. We expect the policy to cover issues to do with healthcare and employment for PWDs. We must also be included in other economic activities such as tender processes,” he said.

Meanwhile, government has not yet ratified the Africa Disability Protocol (ADP) which was proposed last year.

PWDs under the Zimbabwe Down Syndrome Association (ZDSA) have been calling for its ratification as it promotes their rights.

The protocol was adopted by the African Union on January 31, 2018.

ZDSA director Sibonisiwe Mazulu said the protocol was still before the Foreign Affairs ministry and was yet to be taken to Parliament for ratification.

“We are calling on the Foreign Affairs ministry not to further delay its ratification as we need it to ensure that PWDs benefit,” Mazulu said.

The protocol, if ratified and domesticated, will promote inclusivity of PWDs in all spheres, including the education and health sectors.

Currently Zimbabwe is a signatory to the United Nations Convention on the Rights of Persons with Disabilities (CRPD). But some PWDs feel that the CRPD is Eurocentric, hence the need to ratify and domesticate the African Disability Protocol which deals with the needs of African people.