Can real leaders please stand up! 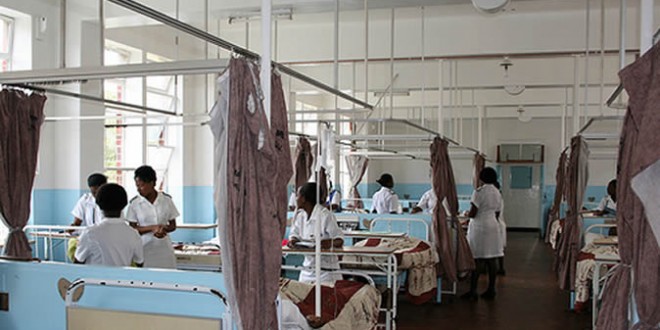 WHEN hospitals start turning away patients because of inadequate sundries, this should jolt any serious government to act.

When the face of hospitals, which are the nurses, decide to down tools over poor working conditions and salaries that can no longer sustain them for a week, it is a serious sign that something is gravely wrong with the country’s health delivery system.

When a government is confronted by a crumbling health delivery system and a mutinying staff, but chooses to be aloof and unperturbed, it is more than clear that a major disaster is stalking the nation.

The state of our healthcare system mirrors the overall condition of the nation. And the condition of Zimbabwe’s healthcare sector is more than worrying for a nation hoping to attain middle-income status by 2030.

For years, our health sector professionals have cried themselves hoarse over poor working conditions.

And when President Emmerson Mnangagwa assumed authority over the land in 2017 and announced that it was now time to change things for the better through his much-touted new dispensation, everyone was hopeful that critical sectors such as health would top his priority list.

We were elated that the Health ministry had been placed under hawk-eyed Vice-President Constantino Chiwenga.

We thought since he was forced, once upon a time, to fly to foreign lands to survive a life-threatening ailment, he would be so eager to improve our healthcare sector to be able to offer first world healthcare services so that the country saves precious lives and foreign currency.

In fact, we thought that he would uplift our healthcare to such a level that citizens from other nations would actually flock here for medical treatment which would earn us more foreign currency to shore up our economy.

But we were very wrong. In fact, we were fooled or just naive.

Zimbabwe’s healthcare system has literally crumbled since 2018 and health professionals are fleeing to foreign lands in droves.

And our esteemed leaders appear unbothered to the extent of even crafting laws to arrest, detain and fire any health worker who dares to protest over poor working conditions and remuneration.

This is more than sad, indeed.

It would be shameful and embarrassing for our leaders to continue claiming to care for this country and its people when hospitals are failing to stock up simple necessities such as rubber gloves.

Yet our leaders keep lying to us that there is no crisis in the country. “What crisis? We are performing well. We have put measures in place to fight inflation, people should not panic, everything is in order, zvinhu zvese zvakarongeka,” Finance minister Mthuli Ncube recently said boastfully.

Why should we not panic when things have deteriorated to the point of the Finance ministry failing to buy rubber gloves for our hospitals and when the same ministry is failing to pay our nurses a decent living wage?

We thought Ncube had learnt from his past. But no, the failed Barbican Bank owner who masqueraded as chief executive is back, this time with a big bang!

Our leaders need to do better. We need a new thinking!