There could be an intriguing contest for the presidency of the party between the incumbent Nelson Chamisa and the secretary-general Douglas Mwonzora. The two have a history of rivalry. 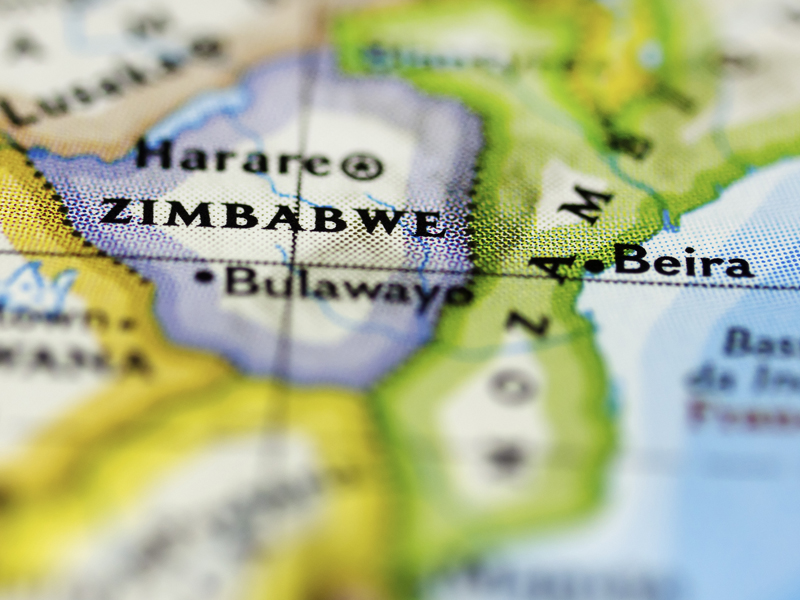 By Tapiwa Chagonda, University of JohannesburgThe Movement for Democratic Change-Alliance, Zimbabwe’s largest opposition party, has announced that it will hold its elective congress in May 2019. The announcement has stirred interest – inside and outside the party. This is because there could be an intriguing contest for the presidency of the party between the incumbent Nelson Chamisa and the secretary-general Douglas Mwonzora. The two have a history of rivalry.

Mwonzora is Chamisa’s political nemesis. In 2014 Mwonzora unexpectedly won a contest for the position of secretary-general even though Chamisa, as organising secretary, was in a position to influence party structures in his favour and had been nominated by 11 out of 12 provinces. One theory is that the MDC’s former leader Morgan Tsvangirai, who died of cancer in February 2018, engineered Mwonzora’s victory by influencing the voting patterns of congress delegates. The reason given for this is that he wanted to curtail Chamisa’s political ambitions because of his perceived role in the MDC’s surprising poor showing in the 2013 national elections.

After his defeat, Chamisa was relegated to an ordinary party member, until Tsvangirai brought him back into the MDC’s executive. The speculation is that Tsvangirai did this because he sensed that Chamisa was still popular within the party’s structures, especially among younger members.

A Mwonzora victory is worrying for some of Chamisa’s most fervent supporters. This is because they believe Chamisa is the future of the party. He’s only 41 years old. Also, they believe he gave Zanu-Pf candidate Emmerson Mnangagwa a run for his money in the 2018 presidential elections. Chamisa’s camp believes he’s better placed to defeat Mnangagwa in the 2023 elections because of his widespread national appeal.

Mwonzora too has his fair share of supporters. He’s also widely respected within the MDC because of his easy going temperament.

What this all adds up to is that a victory by either candidate could split the party for the umpteenth time. Even a contest carries risks because the MDC has a chequered history in which violence has been used regularly against opposing factions. If the two do contest the party presidency in May – and Mwonzora in the past few days has hinted that he might – their supporters’ tactics could heighten the danger of violence and intimidation. This could further divide or damage the party and set Zimbabwean democracy back after decades of authoritarian rule.

Tsvangirai’s MDC had a “T” at the end – which stood for Tsvangirai himself. This was to distinguish his MDC from the Welshman Ncube MDC which had cut ties with Tsvangirai. Ncube was the founding secretary-general of the MDC.

Just before he died Tsvangirai had agreed to bring back former “rebels” who had been founding members of the party. This included Welshman Ncube, Tendai Biti and Job Sikhala. For his part, Chamisa agreed to accommodate and rope in his former “comrades-in-arms” into his election campaign.

The coalition under their umbrella became known as the MDC-Alliance party just before Zimbabwe’s 2018 elections. The reason for the name change was that former MDC member Thokozani Khupe was arguing in the courts that her formation was the bona fide MDC-T.

A succession puzzle was created in the MDC-Alliance when Tsvangirai, as president and before his death, appointed Chamisa as head of policy and research and then as one of three deputy presidents of the party. This muddying of the waters appears to have been deliberate. It meant that Tsvangirai could easily play his deputies against each other if he felt threatened by any one of them.

But having three vice-presidents – Chamisa, Elias Mudzuri and Thokozani Khupe – didn’t do the party any favours. After Tsvangirai’s death a bloody battle for succession ensued, and led to another split in the party.

The contest hots up

The MDC’s May congress has inevitably sucked in the ruling Zanu-PF. The two have been at loggerheads since 1999 when the original MDC was formed. A succession of bruising electoral contests, including the highly disputed 2008 elections which the MDC-T was widely believed to have won, galvanised the ruling Zanu-PF party into resolving to weaken, if not destroy, the MDC brand.

It’s against this backdrop that Zanu-PF is being accused of having a role in the unfolding MDC-Alliance drama ahead of the impending congress.

Some top MDC-Alliance leaders in Chamisa’s camp have been claiming that the governing Zanu-PF has set aside between US$ 4 million to US$6 million to pay MDC delegates to vote for Mwonzora at the party congress. Biti, who is currently the party’s vice-chairperson, has said he will reject any candidates sponsored by Zanu-PF.

As party leader Chamisa has the opportunity to foster peace, tolerance and democracy. He should make sure that the lead up to the congress is violence- free and that party members who are in good standing can contest any post without being intimidated.

He needs to be wary of political sycophants within his party who want to turn him into a demigod, as was the case during Mugabe’s long reign as the leader of Zanu-PF. Chamisa has already shown that he has nothing to fear from a fair contest.