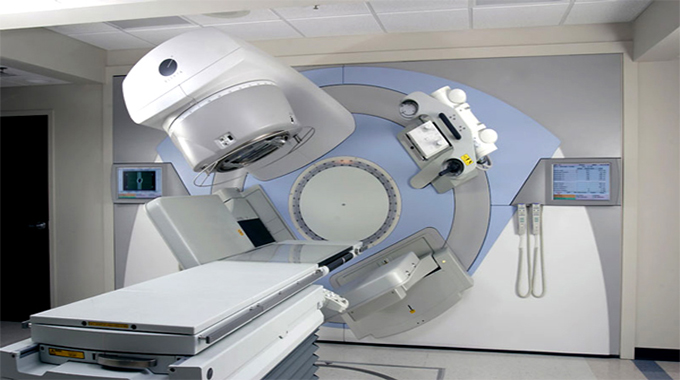 BY PHYLLIS MBANJE
THOUSANDS of cancer patients have been left stranded after Parirenyatwa Hospital’s three radiotherapy machines broke down.

Radiation is used to treat at least 50% of all cancer cases. It can be either curative or palliative, depending on the stage and prognosis of the disease.

The radiotherapy machines at Parirenyatwa are said to have been down for the past 18 days, with authorities frantically trying to bring in foreign engineers and the required spares to repair them.

Stranded patients who require the services are now vulnerable to further spread of the cancerous cells, as well as suffering immense pain.

Lovemore Makurirofa from the Cancer Association of Zimbabwe said interruption of cancer treatment was a major drawback in the recovery of patients.

“It is critical that when radiotherapy is commenced, it should not be interrupted. The breaking down of the machines means that there may be certain cancer patients who were on treatment, but of which treatment will be now interrupted. The results are that it will give an opportunity for the cancer to spread,” Makurirofa said.

“Radiotherapy relieves pain by shrinking the cancer cells, and so without the machines, it means many patients are experiencing a lot of pain, especially those on palliative care,” he further explained that patients would face a lot of emotional challenges.

“They require a lot of counselling in order to understand this predicament.”

This is not the first time that the machines have broken down. Over the years, this critical service has been interrupted despite the fact that Parirenyatwa is one of the country’s two major referral centres for cancer patients.

Mpilo Hospital is the other centre, but its machines also face similar challenges and patients often travel to Harare for radiotherapy.

Parirenyatwa Hospital spokesperson Lenos Dhire said: “We had an interruption in the provision of radiotherapy services from January 17, 2022 due to breakdown of equipment.”

He said provision of radiotherapy was key to holistic cancer management, thus the hospital and the parent ministry were seized with the matter.

“Concerted efforts are underway to ensure that the required spares and the foreign engineers are urgently brought in to fix the problem. The spares and engineers to fix the machines are not available locally‚” Dhire said.

For years, health stakeholders have implored authorities to ensure there is a local technician to repair the machines instead of depending on foreign skills.

“We hope to restore the services as soon as possible. The hospital is, however, still providing all other services with regards to cancer treatment as guided by our specialist oncologists,” Dhire said.

Radiotherapy may be used in the early stages of cancer or after it has started to spread, and is considered as the most effective cancer treatment after surgery.