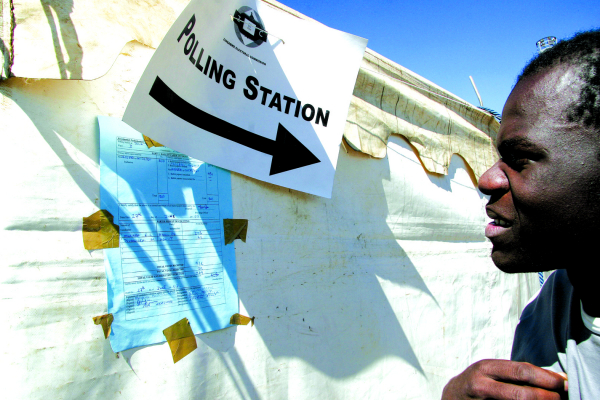 WITH the general elections due in 20 days and political temperatures at their peak, we call on the political actors to exercise extreme restraint and stick to the dictates of the peace pledge which they recently signed to.

We are aware that during the remaining campaign period, there is always the temptation by politicians to bad-mouth each other, and hence it is important that this does degenerate into violence. Politicians should also ensure that their supporters are schooled against being involved in violent acts as the campaign period reaches homestretch.

We believe the signing of the peace pledge marked the beginning of a major paradigm shift in the country’s body politic as it seeks to tone down tempers and ensure peaceful campaigns, hence our call to adhere to the letter and spirit of that pledge.

Before that, our previous elections had become a dog-eat-dog affair with smear campaigns, character assassinations and inflammatory language regarded as a norm during such periods. For many years, this tradition has fanned the flames of violence in the run-up to, and during elections, with some people losing their lives or getting maimed in the process.

The signing of the National Peace and Reconciliation Commission (NPRC)-initiated document, which provides a breath of fresh air, was timely as it guides candidates and the electorate in general to engage each other constructively without resorting to inflammatory language to send their point home, as was the case in previous polls.

By signing the pledge the political actors are bound by a code of conduct compelling them to campaign peacefully.

It is our prayer that all stakeholders will buy into this campaign for the good of our nation and its politics. For too long, we have been used to dirty politics, which have no place in modern civilisations.

Politicians in progressive nations engage stakeholders in a mature way, with some rival candidates coming together to publicly debate their various manifestoes for the benefit of the electorate.

Politicians need to be reminded that tirades, rants, and name-calling will never win the electorate’s hearts, no matter how vigorous they are. Voters are looking for people that engage them constructively and deal with bread and butter issues, candidates with a clear way forward out of our political and economic morass, rather than those that seek to dress down their opponents just for purposes of malice. It might make one feel better momentarily, but after a while, they may regret the remarks they would have made in the heat of the moment.

Therefore, it’s our appeal to those in the campaign field to rein in their tongues and minimise slip-ups that could ignite fierce political clashes. It’s undeniable that the political environment is tense and fertile for bloody clashes given the high-level of contestation in this month’s polls.

Given that they are opinion makers, politicians ought to exercise extreme restraint when it comes to heavy-duty political debate especially if they are easily offended when their rivals hit back with the same measure of vitriol.

Avoid accusatory tones and name-calling for the sake of peace. After all, elections are just but a passing phase, so there is no point in engaging in inciteful and inflammatory statements that would cause irreparable damage to our relationships. The same politicians at the opposite side of the fence will need to engage each other for the sake of progress in their constituencies and the nation at large.