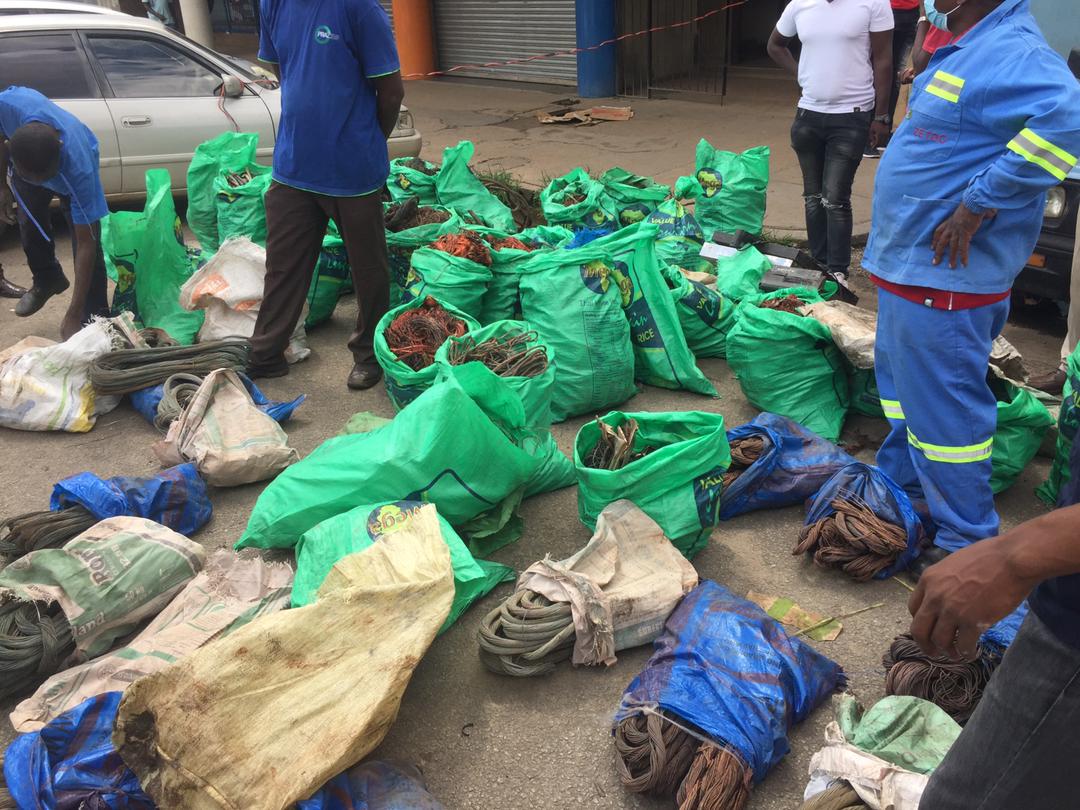 LEGAL think-tank Veritas has called on government to capacitate the police and other law enforcement agencies to detect and investigate crime, especially theft of copper cables which is rampant in the country.

In its latest Bill Watch publication where it scrutinised the proposed Copper Control Amendment Bill which was recently approved by Cabinet and proposes a mandatory 10-year jail term for copper thieves, Veritas said the new law was not necessary as the previous Copper Act had adequate measures to deal with theft of copper.

“Without improved law enforcement, increased sentences will have little effect.

“If those controls were stringently enforced, and offenders were prosecuted diligently and sentenced to the penalties currently specified in the Act, theft of copper would be materially reduced.

“There is really no need for this Bill,”  Veritas said.

The Bill, which is yet to be presented before Parliament, proposes to make it a criminal offence to vandalise utilities such as telecommunication and broadcasting services infrastructure, and National Railways of Zimbabwe and Zimbabwe Electricity Supply Authority infrastructure, through theft of copper cables.

It states that: “Anyone who does so will be liable to a mandatory minimum prison sentence of 10 years in the absence of special circumstances.”

The Bill proposes to insert a new section 10B which will make it an offence for anyone to possess or deal in stolen copper.

“Again the penalty will be a mandatory minimum 10-year imprisonment in the absence of special circumstances.

“Apart from the mandatory penalty, the problem with this section is that it will penalise possession or dealing in stolen copper even if the person who possesses or deals in it is unaware that it is stolen,” Veritas said in its critique of the proposed Bill.

“The court is given no discretion: it must order forfeiture whatever the circumstances may be, even if the forfeiture would result in a wholly disproportionate punishment, and even if the vehicle or other device belonged to someone who is completely innocent of the crime.

“What if the convicted person had stolen the vehicle — must the innocent owner suffer forfeiture?” Veritas said.

The legal think-tank said the greatest problem with the proposed Bill is the mandatory minimum sentence of 10 years for prescribed offences involving copper.

“Mandatory minimum sentences are undesirable because they deny courts the power to exercise one of their most important functions, which is to impose sentences on convicted persons that are fair to the State and to the accused and, where appropriate, are blended with a measure of mercy.

“There is also the point that the constitutional requirement for trials to be fair (section 69 of the Constitution) extends to all stages of criminal proceedings including the imposition of sentence.

“Sentences must, therefore, be fair.”