Capital flows in the direction of least resistance

Source: Capital flows in the direction of least resistance – The Standard January 27, 2019 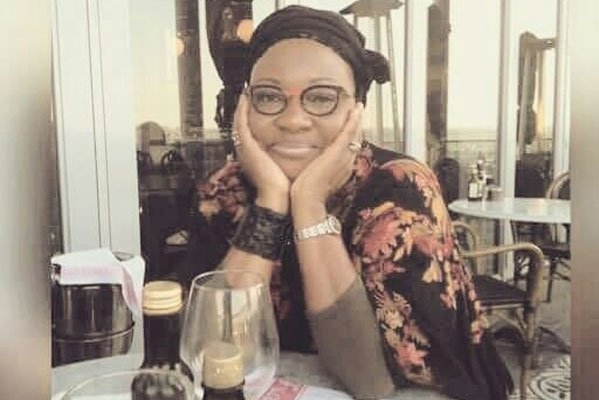 A family member asked me the other day what the Zimbabwe delegation to Davos is going to tell the World Economic Forum. My response was simple: President Emmerson Mnangagwa is travelling with a whole bunch of advisors, ask them, for they are the ones advising the President to go on a wild goose chase seeking foreign investment for a Zimbabwe whose fundamentals are skewed against both local and foreign investment.

For starters, the recent shutdown of the internet clearly demonstrates the lack of understanding about how things work. Shutting down communications is a gross violation of human rights as the High Court has since confirmed and is also costly and anti-business. The directive by government to shut down communications for everyone including ordinary people and institutions was bad for local business and foreign business already invested in Zimbabwe.
Whilst foreign business might not necessarily be hasty and pull out now because they are invested in Zimbabwe for the long haul, they might not necessarily increase their investments, even if they see opportunities. Another blind spot with Zimbabwe for them is the continued inability to remit their profits because of the shortage of foreign currency.

The evidence is there for everyone to see. Zimbabwe is a country resisting authentic austerity measures and believes that overtaxing the already burdened citizens will get them out of the quandary.

According to Zimbabwe Statistics (ZimStats), inflation is galloping in Zimbabwe, with the month on month inflation spiking to almost 45% in January 2019, an increase of almost 15 percentage points from 30% during the period November to December 2018. This scenario highlights the plague of price hikes emerging from the rising parallel market currency rates in the past month.

Not so long ago in 2018, Reserve Bank of Zimbabwe governor Dr John Mangudya had earlier said “inflation was set to be contained within the 7% regional threshold”, but the ZimStats disclosures are testimony that Zimbabwe needs an informed expenditure — reducing reform agenda not the counter productive, draconian, revenue-raising austerity measures, penalising the citizens and at the same time worsening the economic situation.

Itai K Ndoro, ex-Goldman Sachs, vice-president of Technology, writing from Hong Kong encapsulates the “Zimbabwe is open for business” situation “…How do we in our right minds, expect any investor looking at these inflation figures to decide to put their money in Zimbabwe? How can any foreign investor expect to succeed where established giants like Delta are struggling and companies like Olivine Industries are shutting down? This level of optimism is foolishness. Investors are not blind to such economic data even the resilient Russians.”

The is no sustainability in heavy-handed governance where the innocent residing in townships were being targeted for intimidation, beatings and even death. Most recently, there are allegations in the media that the police has been rounding up wounded people in hospitals, wounded as a result of the beatings allegedly by the police and army during the shutdown period and taking them to police stations for questioning. Innocent young people have died, some having been shot by rogue vigilantes driving around in townships with AK47.

A day is coming when the poor and enslaved will have nothing but the political power elite who are enfranchised, to eat. According to the English Dictionary, enslavement means, “to force someone to remain in a bad situation.” Enfranchised on the other hand refers to “having the freedom and accompanying privileges” to do what one wants to do. In Zimbabwe, the gaping hole, the inequality between the enslaved or disenfranchised and the enfranchised has widened. The differences are so amplified it has reached alarming and dangerous proportions.

At the time of writing this paper Zimbabwe was on its fourth day of a national stay away called by the Zimbabwe Congress of Trade Unions. It is the first time Zimbabwe has witnessed looting from shops on a massive scale and property being burnt down by protesters. It was the first time Zimbabwe has also witnessed uniformed members of the police and army and ununiformed men carrying AK47s and firing live bullets at protesters. Most of the images were too gruesome to view.

Because of the information blackout, there is no reliable information on the number of casualties although indications are pointing to a dozen killed and over 600 incarcerated in jails.

When there is chaos in a situation of an information blackout, even those that are supposed to protect the citizens and ensure that the protestors carry on with their peaceful marches can also take advantage of the situation. There were widespread unconfirmed reports that even the security forces were moving from door to door beating up people, some being taken in, cellphones being confiscated and food and money being taken in the midst of all that mayhem.

Speculation and the propagation of fake news became the order of the day and continues to be. The rumour mongering brigade heightened its activities and as with all rumours, there is exaggeration. It was disorderly and messy. No one knows with any degree of certainty who had instigated the social unrest for the stay away was supposed to be peaceful. The governing party and opposition party members were at each others’ throats. The entrance to the MDC offices at Harvest House was torched and over 30 vehicles, including police vehicles were burnt across the country.

There was pandemonium and those who heeded the call to stay indoors felt safer although in Harare, in the townships of Mabvuku and Chitungwiza, there are allegations that the security forces committed gross violation of human rights with innocent civilians being beaten up and taken in for no apparent reason. This amounted to extrajudicial punishment, thus making the authorities lawless and no different from the rioters they were purporting to counter.

Like South Africa, Zimbabwe now has its own “lost generation” consisting of youth scattered throughout the country with no jobs and no hope. These youths consists of primary and high school drop-outs, high school and tertiary school graduates. These youth have no access to the few jobs available in a predominantly jobless market and with no readiness nor preparedness nor means to set up meaningful, viable and sustainable small enterprises. Many are relegated to being street vendors. Many more have been driven to a miserable life of alcoholism and drug taking.

Unfortunately, all the political parties have taken advantage of the plight of the youth exploiting them for their selfish political ends, promising them jobs and a better life, all of which will never materialise. T-shirts and the odd plate of food is mostly what has been on offer to the youths.

The anarchy witnessed from last week is testimony of the prolonged abuse and misuse of youth — a vital national resource. Unless this government refocuses and starts to meaningfully and sincerely investing in the youth, Zimbabwe’s human resource future will be arrested.

Delphino Machikicho writing for the NewsDay in November 2018 summarises it succinctly, “…No matter how open Zimbabwe is for business, we have an entire generation that we are losing. The youth being the nucleus and the muscle of the workforce, we cannot afford to ignore this ticking time bomb. Our economy can be resuscitated, we can attract foreign direct investment (FDI), but there is a challenge that we need to address as a country. How do we regain our lost generation?”

Zimbabwe is a country abundant with opportunities and possibilities, but operationally, business wise, it is a country of high resistance having been singled out by Forbes 2018 as the most corrupt nation in the world.

The solutions are within arms’ reach. The Zimbabwean authorities created the financial crisis and they must consult knowledgeable Zimbabweans to fix it.
Frantically gallivanting to South Africa’s National Treasury, a day after Christmas in 2018 to borrow $1,2 billion will not cut it. With the repression and intimidation of opposition political parties currently underway, one does not need to be a rocket scientist to know that some of this money will be used to further suppress any further dissent.

There are Zimbabweans in and outside the country with the capacity and capability to turn it around. But it would appear that the current establishment is anti-technocrats. It is not only sitting government officials with the monopoly of great ideas. There is failure to recognise that Zimbabwe needs to clean its house first before roaming around throughout the world with begging bowls, has become painful to watch.

No matter how smart Zimbabweans think they are, no matter how charming to investors they believed they would be at Davos, like water, capital tends to flow in the direction of least resistance. Zimbabwe is not an attractive market right now. The authorities must start taking responsibility for their actions and learn from the 2008 crisis.

If the Zimbabwe market is not conducive for local investment, it will not be for foreign investment. The kind of foreign investor that agrees to invest in a tattered Zimbabwe like the one we are in is the kind of foreign investor Zimbabwe must view with suspicion. By accommodating this kind of rogue investor, we may be setting a trap for ourselves of more economic exploitation. Zimbabwe would have just succeeded in taking on board a new breed of economic exploiters. Discernment here is of paramount importance.