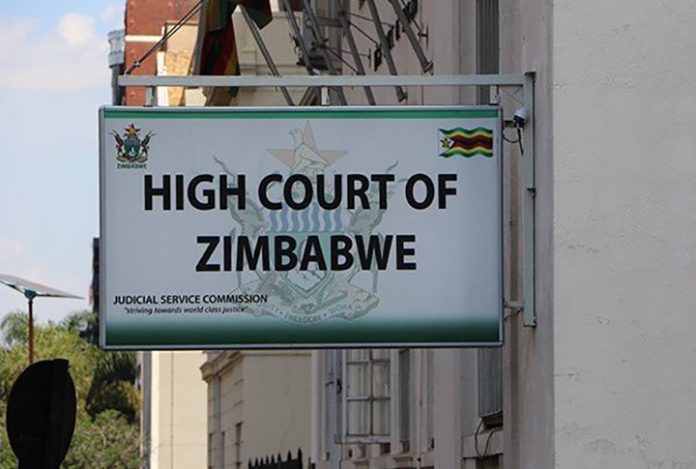 BY DESMOND CHINGARANDE
HIGH Court judge, Justice Davison Foroma has slapped a guard at a Kuwadzana car park, Felix Muteve with a 20 year jail term after he fatally assaulted a drunkard who trespassed at the car park suspecting that he was a thief.

Muteve was being jointly charged with the murder of one Jemias Bangu together with four others on July 2, 2016 at Sam Marange’s car park in Kuwadzana.

The other four were discharged.

The court heard that Muteve assaulted the deceased with a blank object and an umbrella stick.

According to the state, Muteve was asked to guard Marange’s car park on July 1, 2016 as Marange wanted to go to his other car park in Kuwadzana Extension, and he agreed.

Muteve was released around 11pm after Marange returned, but he went on to sleep in a bus that was parked.

The court heard that around 1am and 2am, the witness heard someone screaming that he had seen a thief. When they went to check they discovered that the thief was actually a drunk.

It was heard that when the suspected thief was explaining to the witness, Muteve started to assault the deceased.

He was restrained against doing so by several people who were at the scene but he continued assaulting him and continued for several hours.

In the morning, Muteve was asked to the now deceased to the police station where he influenced other witnesses to lie to the police.

In convicting him, Justice Foroma ruled that the evidence given by the pathologist in the post mortem showed that the deceased made his last attempt to escape but was re-captured and brought back to the fire place at Marange’s Car Park.

“The deceased’s limbs were fractured and such fractures must have been inflicted after his recapture when he was attempting to escape from further assaults at the fire place at Sam Marange’s car park.”

The deceased died from the wounds sustained. He had fractured limbs.

Justice Foroma said he will take into account the three years of pre-trial incarceration that Muteve had served.

“This however did not warrant the deceased being brutally assaulted. Once the deceased had been captured initially his captors ought to have taken him to police immediately or at the very least inform the police that they had caught a thief in the car park so that police would arrange to collect him. The decision by the offender to deal with the deceased without alerting the police amounts to the proverbial “taking the law into their own hands” which this court will not condone,” Foroma ruled.

The judge said human life is sacrosanct and cannot be replaced, adding that a 20 year sentence will send the correct message to the offender and like-minded people.