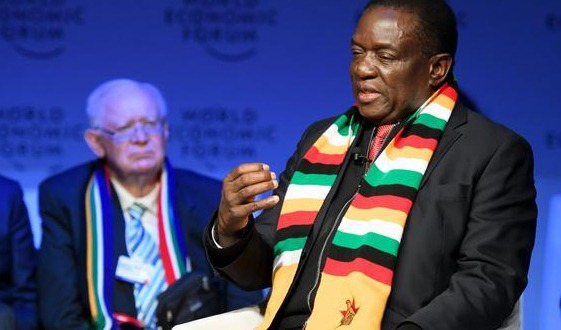 DOP leader Harry Wilson took a dig at Mnangagwa’s administration for failing to deal with the cash crisis during a Press conference yesterday, adding the coming election would be won and lost on how political parties plan to deal with the issue.

“If they could not deal with the cash crisis since November, what assurances do Zimbabweans have that they will be able to find a solution if given another five-year term. Zimbabwe cannot risk voting back Mnangagwa’s Zanu PF as it has shown it has no capacity to deal with the crisis.

“This coming election will be won by those that offer solutions to solving the cash shortages we face as a country,” Wilson said, adding “our promise as DOP is to retire the bond note once elected into office.”

The cash crisis continues unabated despite Mnangagwa’s pledge to tackle the issue, with depositors forced to sleep in bank queues or buy cash at a premium.
The bond note, introduced as a surrogate currency to salvage the situation, has not helped matters either.

“We cannot tell the world Zimbabwe is ready and open for business when there is no assurance that the investor will be able to withdraw their money at a bank. What kind of an investor will risk sinking money they would not be able to use? Until there is an end to this, Zimbabwe can easily be said to be not a favourable investment destination,” he said.

Mnangagwa has been preaching that Zimbabwe is open for business, and recently claimed to have grossed nearly $3 billion in investment promises.

On Monday, he named what he called looters who have externalised funds and causing the cash shortages.

The alleged externalisation of funds is also blamed for the cash shortages.