Zimbabweans woke up to the shock of a 66 percent bread price hike on Monday – even as government took steps to introduce price controls on basic commodities and subsidise public transport and healthcare. 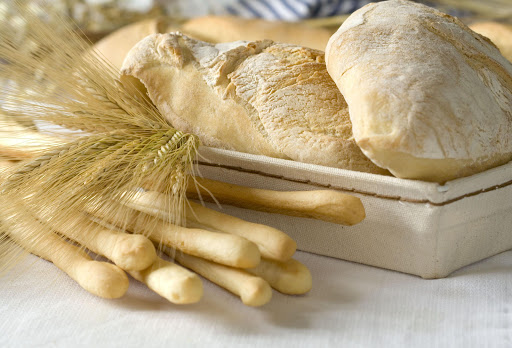 Bread is becoming a luxury in Zimbabwe after three recent price hikes, the latest 66%.  Image: Supplied

Zimbabweans woke up to the shock of a 66% bread price hike on Monday – even as the government took steps to introduce price controls on basic commodities and subsidise public transport and health care.

The Grain Millers’ Association of Zimbabwe said the increase had nothing to do with the price of wheat, which had not gone up.

The minister of industry and trade, Nqobizitha Ndlovu, told state media that he did not expect the price to shoot up.

“I wasn’t expecting it to go up,” said the minister.

In the past two months, the price of bread has gone up thrice.

Bread is an integral part of the staple diet in Zimbabwe but is becoming a luxury because it is in short supply and expensive.

Speaking at a Zanu-PF “Thank you” rally on Saturday in Mount Darwin, vice-president Kembo Mohadi, reading the president’s speech, said the government was working on ways to “shield” the public from price distortions.

“For basic commodities like cooking oil, sugar, salt, rice, mealie meal, milk and flour, the prices are being looked into, so that they become affordable to the generality of the public,” he said.

He added that the government would financially help retailers to stock up on goods whose prices were dictated by the central government.

Last week private doctors set new charges for consultations, reviews and treatment – all in US dollars, effectively ditching the bond notes. The cheapest consultation fee is US$50 ($200 in bonds).

Pharmacies have since late last year been demanding foreign currency. However, the government has also set up plans to have pharmacies that are heavily subsidised and charge in bond notes.

The National Pharmaceuticals Company (NatPharm), government’s medical procurement company, has started rolling out a plan where it will have pharmacies selling in bond notes countrywide.

“We are busy gathering the medicines and also identifying the places to put up the pharmacies,” said health and childcare minister Dr Obadiah Moyo.

The situation is critical in health services.

Realising that nurses and doctors are finding it costly to go to work, the ministry of health and childcare has come up with a new work timetable.

Instead of clocking in for work five times a week, nurses now have an option to only work two days. Instead of the usual eight-hour working day, one can have a 12-hour work day and then take off days.

However, the government does not allow state workers to take up part-time work during their off days.

“Members should not use the days not worked in terms of this interim framework to do locum duties,” reads a circular from the ministry.

The 120% fuel hike that sparked riots left many with nothing to save.

As such, for the rest of the populace, government has started reviving its public transport company, the Zimbabwe United Passenger Company (Zupco).

The government-owned entity collapsed at the turn of the century due to massive corruption involving government officials.

It will seek to revive operations with 700 buses sourced from Belarus and South Africa.

Currently the public transport sector is dominated by private commuter omnibuses. In 2006, under then president Robert Mugabe, the government tried providing subsidised transport for the civil service using buses that were nicknamed “Gushungo” (Mugabe’s totem). However, the project spectacularly collapsed largely because the buses failed to endure the dilapidated road infrastructure.

Despite these efforts, civil servants, particularly teachers, are not moved and are leading voices for a nationwide strike. They argue that, unlike some of their counterparts, they are constantly overlooked.

“Our members will be withdrawing their services/labour and will not be reporting for duty with effect from February 5,” said the Zimbabwe Teachers’ Union and Progressive Teachers’ Union of Zimbabwe in a joint statement.

With the economic meltdown, Zanu-PF has reverted to default mode, blaming foreign governments for wanting to “take over the country” using nongovernmental organisations.

“We will not fold our hands and let that happen. We are aware that some of our economic challenges are a result of the machinations of these NGOs,” barked Mohadi at the Zanu-PF rally.