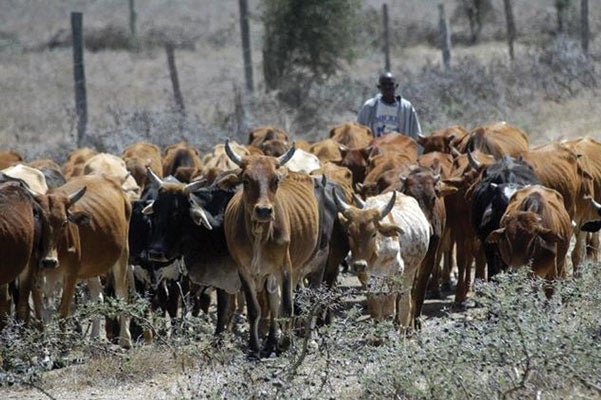 CHIPINGE — Villagers at Deruko Village in Ward 21 under Chief Mapanzure are in awe of what they now refer to as bhuru remubhodhoro — a loose translation of artificial insemination (AI) — has helped to improve their cattle breeds.

For many years, the villagers were content with their predominantly “Hard Mashona” breed of cattle, which, however, did not fetch much on the market due to their small size.

One of the villagers, Victoria Pencil, who is also the lead farmer under the USAid-bankrolled Feed the Future Zimbabwe Livestock Development Programme, confirmed that their breeds had greatly improved after the adoption of AI technology.

This was after she and other villagers received training in 2017.

“We were taught about using artificial insemination to improve our cattle breeds,” she said.
Pencil, however, indicated they needed further schooling in the technology, hitherto a strange phenomenon among communal farmers, to ensure best results.

The current cycle of the Feed the Future programme — which commenced in June 2015 in Chipinge, Chirumhanzu, Gokwe South, Gweru, Kwekwe and Umzingwane to provide technical assistance to reduce poverty and increase food security among 1 800 beef and 1 200 dairy smallholder farmers — is expected to end in June next year.

For many villagers like Pencil, AI technology was something associated with white commercial beef and dairy farmers rather than a communal farmer with a small herd of cattle in the village like her.

“We still need more training by AI specialists before the programme’s cycle ends and to know the places where we can buy the tools and other things needed for the insemination,” Pencil said.
Emelda Takaona, the communication specialist for Feed the Future Zimbabwe, indicated that many communal farmers were paying a high price for in-breeding which largely resulted in poorer breeds.
She highlighted that in-breeding had far-reaching repercussions as it tended to negatively affect other cattle as it resulted in reduced biological fitness of an animal species, lowering its ability to survive and reproduce.

“We want to have better breeds, so we are also promoting artificial insemination as a low-cost strategy for farmers to improve their breeds,” she pointed out.

Since many communal farmers took pride in their cattle, often regarded as a status symbol, they had a tendency of keeping their cattle until old age. Takaona, however, noted that farmers would be better off without the ageing bulls.

“We encourage them to get rid of their old bulls. Some of them will now be mating with their sisters and daughters and such inbreeding leads to the depression of the breed,” Takaona said, adding that if a bull continued impregnating its daughters and sisters within the same kraal, the matching bloodline would see depreciation in the breed.

“The farmer cannot get good progeny out of such bulls because of the matching bloodline, so we are saying the farmers should sell off such bulls. They should get a better breed and infuse it with what they already have.”

Having implemented the best practices taught through the programme, another villager, Isaiah Maranela, testified of how the AI technology helped him improve his cattle breeds.

“I’m also using artificial insemination and I’m excited by the fruits of the programme. I need to continue with that. It’s a positive thing. I’m now producing stronger and healthier cattle that fetch high prices on the market,” he noted, while cherishing the many priceless lessons courtesy of the programme.

According to the eastern region Feed the Future Zimbabwe provincial supervisor, Clephas Chikanda, they introduced AI technology in Chipinge’s Ward 3 after realising that in-calf breeding had become prevalent.

He indicated that they were keen to help the farmers improve their breeds for purposes of profitability.

Chikanda concurred with Pencil and Maranela that the introduction of new breeds through AI yielded positive results.

“Some breeds grow faster such that after a year, they should be able to breed again. So there is a higher growth rate,” he said.

He noted that while AI technology was traditionally viewed as difficult — with some big commercial farmers getting an average success rate of 28% — it had worked wonders among the communal farmers here.

“AI is traditionally known to be difficult, especially among smallholder farmers who believe it’s for the big commercial farmers,” he said.

“We started off with 14 cattle and got a 50% success rate. This is big because even commercial farmers get on average 28%.

“We were happy about this because it proved that our small scale farmers can do better than commercial farmers.”

In Chipinge, Feed the Future has worked with 3 640 smallholder beef farmers — with women accounting for 50% of the number — in 13 wards.

Farmers under the programme were located in the country’s drier regions where access to water for both humans and livestock is a major headache.