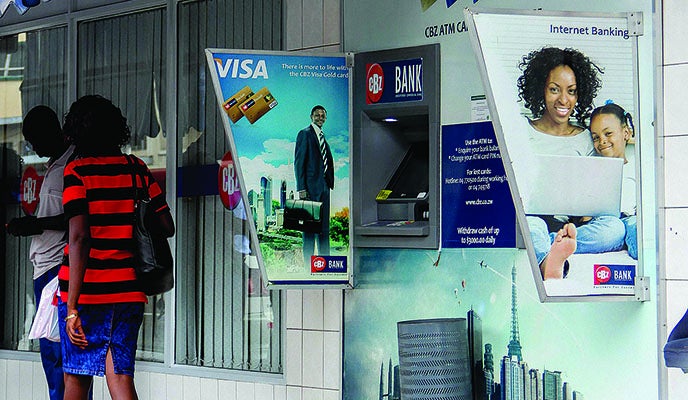 CBZ Holdings Limited reported that its asset base grew to US$2,44 billion in the full year to December 2018 from US$2,1 billion in the previous year, making it one of the largest companies by asset size in the country, but worrying is the size of its liabilities at US$2,1 billion.

The growth in assets was mainly driven by Treasury Bills which increased by as much as 38% to US$1,21 billion with chief executive officer Blessing Mudavanhu expressing confidence that government would not default on the issued paper.

The company’s reliance on government paper saw gross loans and advances to customers plunge by almost half to US$487 million from US$941 million in the previous year.

Resultantly, non-performing loans decreased by 10,7% to US$100,1 million as the group sought to reduce risk in lending to agriculture which is currently experiencing drought while containing costs.

Non-interest income grew by 18,3% to US$108,12 million for the period under review from increases of commission and fee income, recovery on bad debts and property sales, while net interest income grew to US$82,08 million from US$75,55 million due to a reduction in interest expenses by nearly 41%.

“The biggest impact really was that our margins have increased. The cost of funds have come down and then also recoveries, so we managed to recover on our non-performing loans in the second half of the year,”Mudavanhu said

“The focus on the deposit mix as alluded to earlier resulted in an improvement of the interest margin from 3,3% to 3,5%. The group adopted a strategy of passing part of the reduced costs to its clients, borrowing clients in particular,” CBZHL finance director Collin Chimutsa said.

Group chairperson Noah Matimba warned that the liberalisation of the forex market and low levels of foreign direct investments and bilateral support pose a short to medium-term threat to the business.