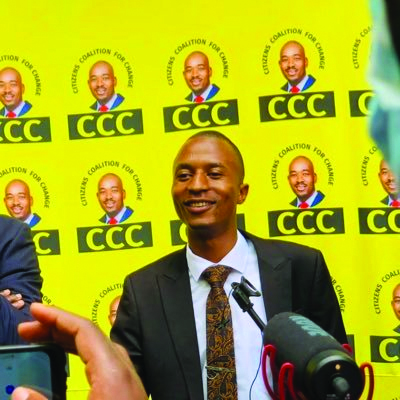 Addressing a Press in Harare yesterday, CCC acting spokesperson Gift Siziba said they were worried over continued incarceration of its members on politically-motivated charges when the country is a few months to the 2023 polls.

Eleven other CCC members from Nyatsime are also in detention on similar charges.

“This country is not owned by Zanu PF and Mr Mnangagwa (President Emmerson Mnangagwa) must know that,” Siziba said.

“The demand for dialogue is what we are pushing for and the envelope of conversation. We are pushing the envelope of peace and stability because if there is no conversation of what must happen, it has a bearing on the future stability of this country. It’s not about them being politically interested, it’s about the people of Zimbabwe. This is what the people of Zimbabwe want.

“People of Zimbabwe want a genuine and authentic leadership that must take this country forward. We believe that for the purposes of stability in this country there must be conversation. That is why we are obviously engaging with our partners in this region and, of course, other progressive Africans so that they help us with this particular process.”

Soon after the 2018 elections, Mnangagwa attempted to thaw the icy relations between the ruling Zanu PF party and opposition political parties by setting up the Political Actors Dialogue (Polad) made up of fringe political party leaders that lost the 2018 elections. It meets to discuss various issues affecting the country, but the grouping has been dismissed by many as a collection of Mnangagwa’s bootlickers.

Siziba said there was an urgent need for the authorities to implement the necessary electoral reforms, which include the independence of the Zimbabwe Electoral Commission (Zec), to guarantee credible elections.

“The surging of migration of people across Limpopo is not just a foreign policy issue to the South African government, but, of course, it’s a domestic issue so that our people are not reduced to second class citizens across different parts of the world. We must resolve our own issues as Zimbabweans and any genuine Zimbabwean who is patriotic must understand that we have a conversation about the elections in this country so that we do not have a disputed election. If we have a disputed election, Zimbabwe will continue with this vicious cycle because it has a bearing on the stability of the economy and social services.”

“Zanu PF is always ready for dialogue, but there is Polad. For your further inquiries, the President’s spokesperson (George Charamba) is better placed to deal with that,” Mutsvangwa said.

Efforts to get a comment from Charamba were fruitless yesterday.

“The appointment of Mohadi’s daughter has a bearing in the integrity of Zec.  Mohadi is a contender in the 2023 elections as the Zanu PF vice-president because one can’t be a judge in an issue where they are interested. We are going to use Parliament to make sure that we find redress to this appointment. To save whatever is left of Zec’s credibility. The said commissioner must resign. We will invoke Section 59 of the Constitution to express our displeasure through petitions and demonstrations against the commissioner.”

On Monday, government defended Mohadi’s appointment to Zec with Information secretary Ndavaningi Mangwana saying: “Children and relatives of high-profile people have the right to employment and service to their country as everyone else. That’s why it is called, “equal opportunities.”