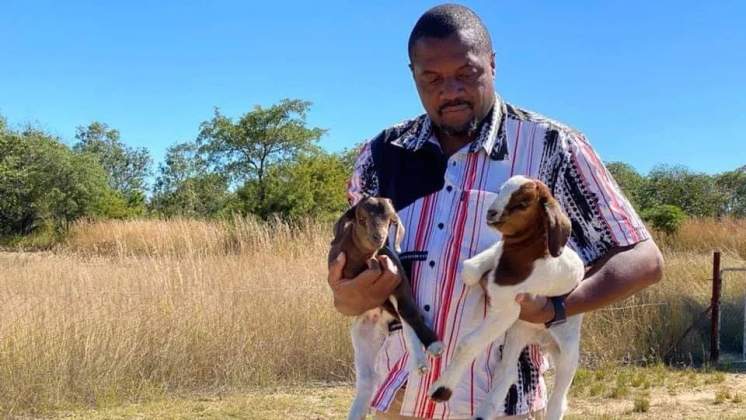 This follows recent threats by Zanu PF youth activist Taurai Kandishaya to grab Chin’ono’s goats from his Murehwa rural home claiming that his project had been funded by government.

4H Zimbabwe Foundation director John Muchenje yesterday told NewsDay that all this shows that political parties are using youth members to perpetrate violence during the run-up to the 2023 harmonised elections.

He blasted Kandishaya’s actions saying they will threaten peace-building efforts ahead of next year’s elections.

“Such utterances from Kandishaya show that some people do not want to follow the country’s Constitution. There is a need for people to desist from such behaviour,” Kandishaya said.

“The country should come up with a law that protects citizens from such violent perpetrators that hide behind the political jacket. Such people should actually be disqualified from contesting political office,” he said, adding that those violating other people’s rights should be punished despite political affiliation.

“There is no country that can be open for business when it is violent or does not respect its own citizens or Constitution. We need to be law abiding citizens that promote peace building,” he said.

Muchenje said as the country heads towards the 2023 plebiscite, his organisation had trained 75 youths drawn from political parties such as Zanu PF, CCC, and the MDCs to promote peace-building and tolerance.

“We are also planning to hold a national peace convention where we will include 20 young people from each political party to gather and discuss peace-building issues ahead of the elections.”