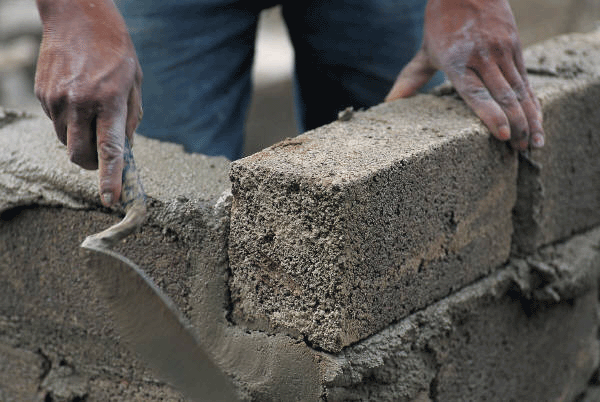 ZIMBABWE’S cement industry could run out of capacity by 2020 as national demand grows faster than the expansion in investment, one of the major producers has said.

The industry is dominated by three major players, namely PPC Zimbabwe, Lafarge Cement Zimbabwe and Sino-Zimbabwe Cement. Together, they have a combined installed capacity of 2,4 million metric tonnes of cement, 54% more than current demand estimated at 1,3 million tonnes.

“We know we talk about all the macroeconomic issues like the cost of energy and cost of labour, but I want to say that beyond 2020, we will begin to run out of capacity as an industry, and I have no doubt that it is time to act now,” Matekaire said.

“We can see that our projections are in real demand. We will need an additional capacity, and today I must say as Lafarge we have a greenlight on new investment, but the issue has always been how do you fund that investment in terms of paying back.

In a statement recently, the Cement and Concrete Institute of Zimbabwe said national cement demand had surged since the second half of last year, driven by a reported bubble in mortgage and construction activity.

Matekaire said the current shortage of cement in Zimbabwe was a result of delays in receiving foreign currency from the central bank for the importation of spares.

“I’m sure everybody is wondering why there is a shortage of cement; why do we have to wait eight weeks to get cement? Now to just allay your fears, the current installed capacity of cement in the cement industry sits at around 2,4 million metric tonnes,” she said.

“The demand today is only 1,3 million. So there is excess capacity in terms of the installed capacity that we have today. So why are we currently having the shortage? Today, what we experience are issues to do with foreign currency in relation to our ability to maintain and keep our production running at optimal capacity.”

Matekaire said plant maintenance costs in the industry were one of the biggest cost drivers.

Citing the example of Lafarge, she said the industry faced staggering time lags in obtaining foreign currency, which at times resulted in unscheduled plant shutdowns.

“Today we sit, as Lafarge, at an excess of $2 million backlog of foreign currency required to maintain the plant. What this, therefore, means is that we have delays in plant maintenance, we have delays in kiln shutdowns. Normally, these need to happen at a specific time, otherwise when there is spillover during peak period, there will be shortages.”

“Our spares and some of our services are not available locally. Secondly, I want to say even if the spares and services are locally available, they are at least 30% higher than the region’s average cost,” she said.

“So, perhaps the other view that some of you would have is why don’t we export and bring in our foreign currency? We tried this earlier on in the year, but our competitiveness, based on our manufacturing cost, is a hindrance. We cannot land competitively in target markets. Therefore, we would request at least an incentive of up to 50% in order for us to be competitive.”

Newer Post
Bruce Grobbelaar: ‘How many people did I kill? I couldn’t tell you’
Older Post
Zimbabwe slaps ‘catastrophic’ tax on electronic transactions