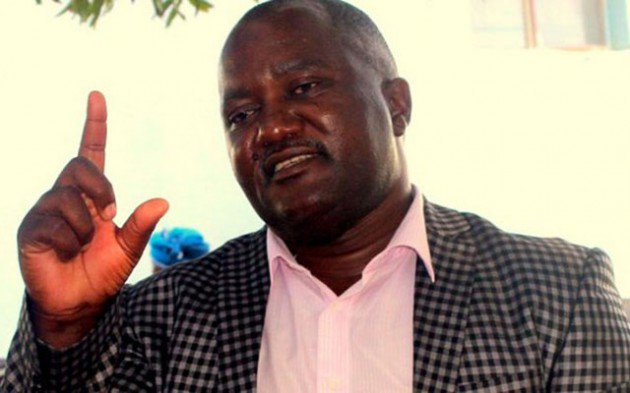 George Maponga Masvingo Bureau
Suspended zanu-pf Masvingo provincial chairman Cde Ezra Chadzamira has been forced to surrender a party vehicle that he was reportedly holding on to after being suspended for allegedly inciting tribal hatred and spreading gossip and lies, among a litany of other charges.

The new zanu-pf leadership in Masvingo led by acting provincial chairman Cde Amasa Nhenjana had to rope in the police to recover the new party vehicle. Cde Chadzamira’s political fortunes have taken a nosedive in the past few weeks after he was initially served with a prohibition order. However, zanu-pf National Political Commissar Cde Saviour Kasukuwere suspended Cde Chadzamira from his post as provincial chairman.

He is also among five party heavyweights from Masvingo, who have been recommended for expulsion from the ruling party for working with ousted Vice President Cde Emmerson Mnangagwa to undermine President Mugabe. Cde Nhenjana yesterday confirmed that Cde Chadzamira had since surrendered a party vehicle that he was in possession of.

“We had to seek the assistance of the police to recover the vehicle from him as he was refusing to surrender it. We are also seeking to force him to surrender fuel that is in his possession for it is meant for party programmes,” he said.

Cde Nhenjana added: “I do not think it’s a good thing for him to refuse with party property because one day he would want to come back into the fold, so we expected him to cooperate and abide by decisions taken by the party.”

“We cannot have a situation where someone who has been suspended clings on to party assets like that. Never!”

The PCC had resolved to recommend the expulsion of Cde Mnangagwa from the ruling party, while elevating First Lady and zanu-pf Women’s League secretary Dr Grace Mugabe to the post of Vice President to fill the women’s quota in the Presidency. President Mugabe has since fired Cde Mnangagwa as the State’s Vice President.