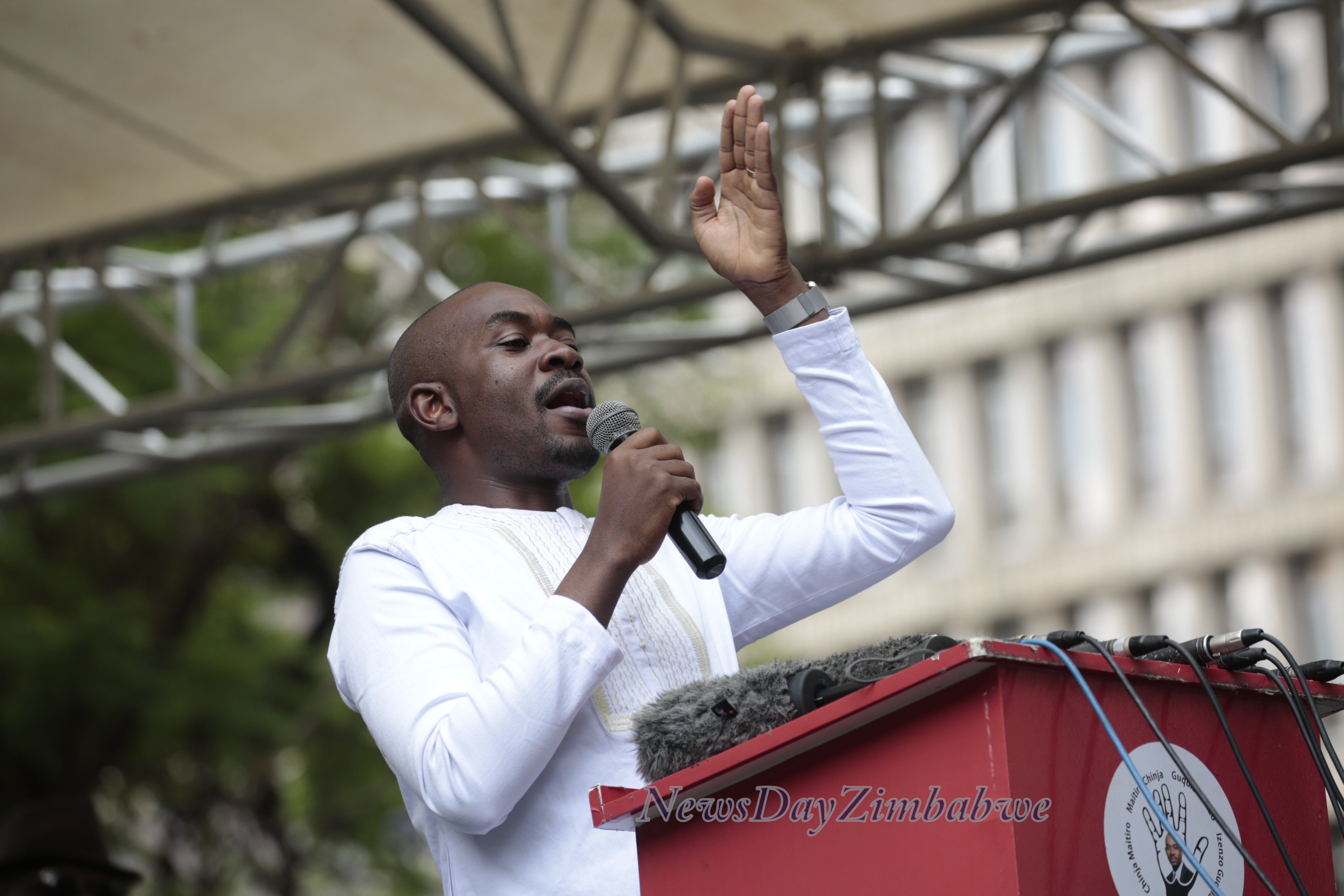 MDC leader Nelson Chamisa has implored soldiers to uphold, defend and respect the core values that helped their forebears to prosecute the liberation struggle together with, and not against the people.

In his Defence Forces commemorations message, Chamisa said a few soldiers, who stray beyond the lines of professionalism, should never be allowed to taint the entire institution.

Chamisa said the military plays a huge role in the country’s body politic by safeguarding the country’s territorial integrity under difficult circumstances, as provided for by sections 211 and 212 of the Constitution.

“While our Constitution recognises the key role of the Defence Forces, it also lays down the foundation for a smooth relationship with other branches of our body politic, setting the boundaries of what they can or cannot do,” Chamisa said.

“This is why we continue to encourage our defence forces to uphold the values of professionalism, respect, forbearance and non-partisanship. We know that the majority of our defence forces are bound and are faithful to their oaths as defenders of the nation. The few who stray beyond the lines of professionalism should never be allowed to taint the entire institution.”

In the past, soldiers have been accused of gross human rights abuses after being implicated in the shooting and killing of civilians during the August 1, 2018
post-election protests and fuel price hike demonstrations in January this year.

The MDC will on Friday protest against the deteriorating economic situation in the country despite Defence deputy minister Victor Matemadanda having threatened
to deploy soldiers to quash the protests.

“This taint can be cleansed by holding to account those who have strayed away from their constitutional prescriptions,” Chamisa said.

“Regrettably, we have lost innocent lives in the past year at the hands of such elements. We echo public and international sentiment of accountability for these losses to prevent a culture of impunity and immunity.”

He added: “To this end, I am quite encouraged by the comments made by the National Army Commander, Lieutenant General Edzai Absolom Chanyuka Chimonyo, and Zimbabwe Army Commander, General Philip Valerio Sibanda.

“Both generals have recently and passionately spoken about the need for a professional, disciplined and non-partisan defence force, which protects Zimbabwe,
its citizens, its national security, its interests, its territorial integrity and more importantly, to uphold the Constitution of the land.”

Chamisa said soldiers, who play a critical role in society, were also affected by the economic meltdown and when Zimbabweans protest, they will also do so on
their behalf.

“When we express ourselves, we are also doing it on their behalf; on behalf of them and with their families, friends and neighbours, singing songs of freedom
and prosperity that they cannot sing on account of their job,” Chamisa said.

He said under his new leadership, he envisages a defence forces built on a foundation of meritocracy, patriotism and professionalism, where service, merit and
excellence take precedence with the military forces well-equipped, well-fed and well-remunerated.