Chamisa hits back at ED 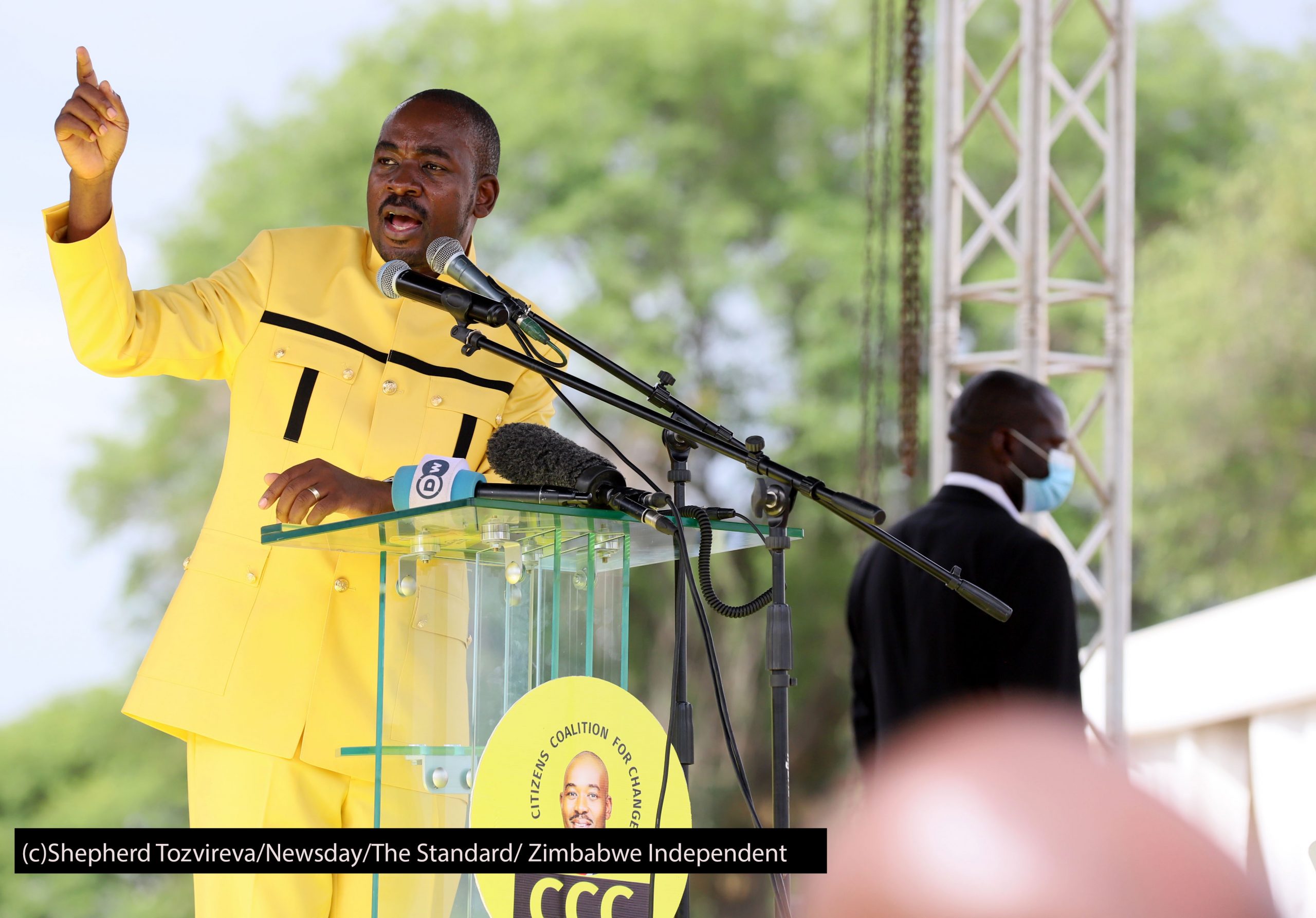 BY BLESSED MHLANGA
OPPOSITION Citizens Coalition for Change (CCC) party leader Nelson Chamisa has hit back at President Emmerson Mnangagwa and his spokesperson George Charamba for allegedly lying to justify violence against his party’s supporters ahead of the March 26 by-elections.

Mnangagwa told the National Youth Day rally at Robert Mugabe Square in Harare on Monday that the opposition wanted to engage in violence.

He labelled Chamisa a sellout bent on fomenting chaos and causing bloodshed so as to return Zimbabwe to the colonial era.

“What did Chamisa say at his rally? He said if he does not win the presidential elections next year, he will use violence and you wonder. Now that you have said you will use violence, we are now prepared for you, tagadzirira,” Mnangagwa said.

Yesterday, Chamisa dismissed the allegations as cheap propaganda by Mnangagwa and Charamba.

“They made a deliberate distortion of ‘kutsvukisa ne yellow’, which means to turn the streets yellow and “kutsvusa” which is to cause bloodshed. Whoever knows the difference is laughing. I know that they know the difference, but they are just being deliberate,” Chamisa told NewsDay.

“It’s a waste of time to respond to people who are bent on spreading falsehoods. You see, I am pleased that Mr Mnangagwa was listening to my speech, but I am then disheartened and discouraged to realise that they were not listening carefully, or that they listened carefully, but they just deliberately decided to hear what they wanted to hear and not what I said.”

He said if he won the 2023 plebiscite and formed the next government, he would be a race blind leader.

“We need investors to create jobs for the young people so that the dignity of Zimbabweans is restored and reclaimed. That can only happen if we are able to attract capital and to invest in our country.  Our affairs will be run by ourselves but we need to do business with others,” Chamisa said.