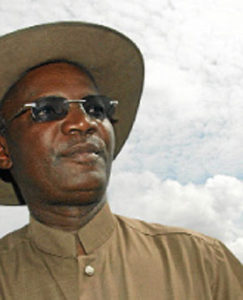 Moyo has been blasting the CCC for its decision to not set up structures across the country or make public its constitution, adding that all political parties should be mandated to do so.

He has gone further to suggest that political parties should be registered, with those that do not have a constitution or structures barred from engaging in electoral processes.

However, Chamisa, who was speaking at late academic and former advisor to the Prime Minister, Alex Magaisa, said their strategy will prove itself at next year’s elections.

“I hear some say we do not have structures, but no we are reading the game,” said Chamisa.

“Did you hear what I said? We know what we are doing, let us go for elections and you will finally realise that.”

Moyo last year unsuccessfully sought to be granted advisory role in the CCC.

His attempts were fought by the party’s leadership, some of whom doubted his ability to keep secrets and were also worried by his random outbursts at former allies.

“The refusal by CCC to be transparent about its structures has been compounded not only by the fact that the party does not have a constitution; but also by the strange reason for the refusal, that the party wants to protect itself from infiltration by Zanu-PF or the state!” tweeted Moyo recently.

“The issue arises because CCC says it is not a rebranded political party, but is a brand new political formation. The time has come for Zim to consider registering political parties. Parties with no constitution, no structures & no founding processes should not contest elections!”