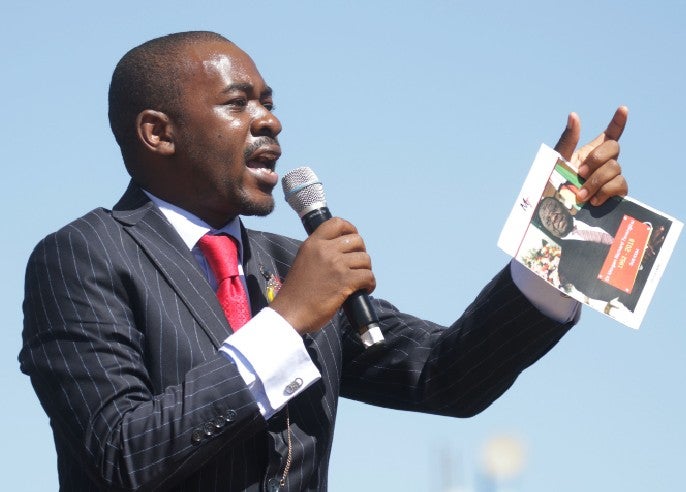 MDC leader Nelson Chamisa has set January 15 as the date on which he will announce whether or not his party will continue pursuing talks with President Emmerson Mnangagwa as the two political protagonists remain entrenched in their hardline positions.

This comes at a time Chamisa, who early last week said he was comfortable entering into dialogue mediated by former South African President Thabo Mbeki, is reportedly under pressure from his party lieutenants to ignore the planned talks and face Zanu PF on the streets.

The pressure on Chamisa to abandon the proposed talks came after Mnangagwa made it clear that he would not engage the youthful opposition leader outside the ambit of the Political Actors Dialogue (Polad) which he opened with the losing 2018 presidential candidates.

Chamisa confirmed on his official Twitter handle on Thursday that he was bracing for the tough challenge ahead.

“Getting ready for tough decisions and difficult steps ahead,” Chamisa said from Masvingo where he is taking a sabbatical.

His spokesperson Nkululeko Sibanda confirmed that indeed his boss faced tough choices in 2020.

“The president will on January 15 address the nation in a New Year Agenda statement which will set a national agenda, institutional programme of action and tone of action which will discuss all the issues that you raise,” said Sibanda.

Sibanda said Chamisa was worried about the continued economic collapse at the hands of a regime which continued to close democratic space while failing to deliver on political, electoral and economic reforms.

“The party as a collective has to look at all these factors and make a decision and the president will deliver a statement to the nation on the way forward,” he said.

Insiders in the MDC said the party was almost certain that Mnangagwa was using the “talks” rhetoric to create a smokescreen and buy time into the next round of polls in 2023.

“The statements from Mnangagwa and his government clearly tell us as the MDC that we can’t keep dialogue on the table, we have to move to nagging and pushing Mnangagwa out of power, we can’t go on like this,” said the source.

“There is a tough decision that should be made in 2020 on whether as a party we should continue having dialogue on the table, because we can’t continue talking about talking talks, when it’s clear that they will not take place.”

The insiders said Chamisa’s headache was compounded by the ruthless clampdown on opposition programmes by the security sector.

“The continued closure of democratic space through the use of brutal police and military force makes the decisions and plan of action even more difficult. How as a party we confront this knowing that lives could be lost is a major balancing act,” said the source.

Attempts by Mbeki to bring Chamisa into talks with Mnangagwa through Polad have hit a brick wall, with the opposition leader describing the platform as a charade.

Church leaders are also piling pressure on the two politicians to set aside their differences and strike a political deal to resolve the country’s economic logjam.

Newer Post
Will Zimbabweans ever be ready for changes?
Older Post
Why Govt must be firm on land