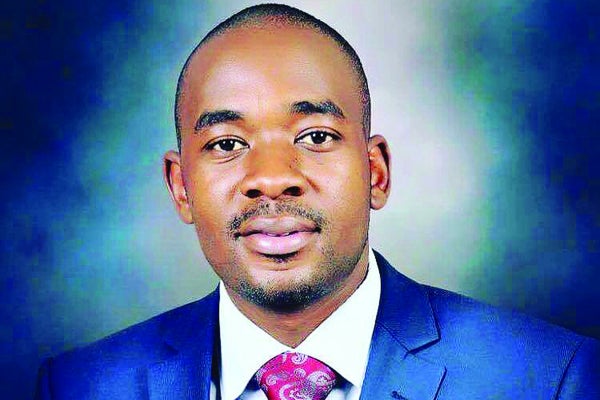 MDC leader, Nelson Chamisa, is seeking to be allowed to include the affidavit of his late predecessor, Morgan Tsvangirai in his Supreme Court appeal against a High Court order nullifying his ascendency to power following the death of opposition founder.

Chamisa’s ascendency to the MDC’s presidency was declared unconstitutional together with that of his former deputy, Elias Mudzuri by High Court judge Justice Edith Mushore, whose determination the two men challenged in the Apex Court.

“This is an application for rectification of an appeal record in SC289/19 prepared by the Registrar of the High Court and certified by parties between June 18 and 25, 2019.
Rectification is sought because the record has a patent omission. The parties having failed to agree on the issue, the intervention of this court has become imperative,” Chamisa’s lawyer, Tafadzwa Chagonda said in his founding affidavit.

“The Registrar of the High Court shall rectify record SC289/19 in such a way that it shall include and contain the affidavit of Morgan Tsvangirai filed under case number HC7453/16 and all documents attached thereto.”

The decision by Justice Mushore followed an application by secretary for Gokwe Sesame District, Elias Mashavira, who petitioned the court seeking a declaration that Chamisa and Mudzuri had been unconstitutionally elected into the top office.

However, when the matter was taken to the Supreme Court on appeal, (where it is still pending), the parties were later invited to inspect the court record by the Registrar with a view to have it set down for hearing and it was during this process that Chagonda allegedly made an oversight by certifying the court record which did not contain Tsvangirai’s affidavit.

In the pending application the MDC, Chamisa and his party’s official, Morgen Komichi, said Chamisa’s appointment to the higher office within the MDC had Tsvangirai’s blessings and that the information can only be verified by the inclusion of the late’s affidavit in the Supreme Court appeal.

“When I inspected the record, I had unfortunately not seen the omission. I certified the record arising out of that omission and error for which I am solely responsible. I sincerely and profusely apologise for overlooking this issue and which is also the subject of one of the grounds of appeal,” Chagonda said, adding that all his efforts to engage the other party to resolve the mistake had hit a snag.

“…I regret my error in certifying a record which had this omission and can only profusely apologise for its incident. It is my error and not that of any of the applicants (MDC, Chamisa and Morgan Komichi) involved.

“I pray that none of them be saddled with the consequences of my reasonable mistake,” he said urging the court to rule in Chamisa’s favour. The matter is yet to be set down for hearing.