The decision to charge Zimbabwean filmmakers Tendai Maduwa and Kudakwashe Bwititi, along with Arterial Network Chairman and President Daves Guzha, and director of the Harare creative space Theater in the Park (TITP) Peter Churu with unlawfully screening a fictional film, The Lord of Kush, is an “unjust act of intimidation” and threat to artistic freedom, PEN America said in a statement today.

Source: Charges Must be Dropped Against Two Zimbabwean Filmmakers and Two Other Artists For Film Screening – PEN America 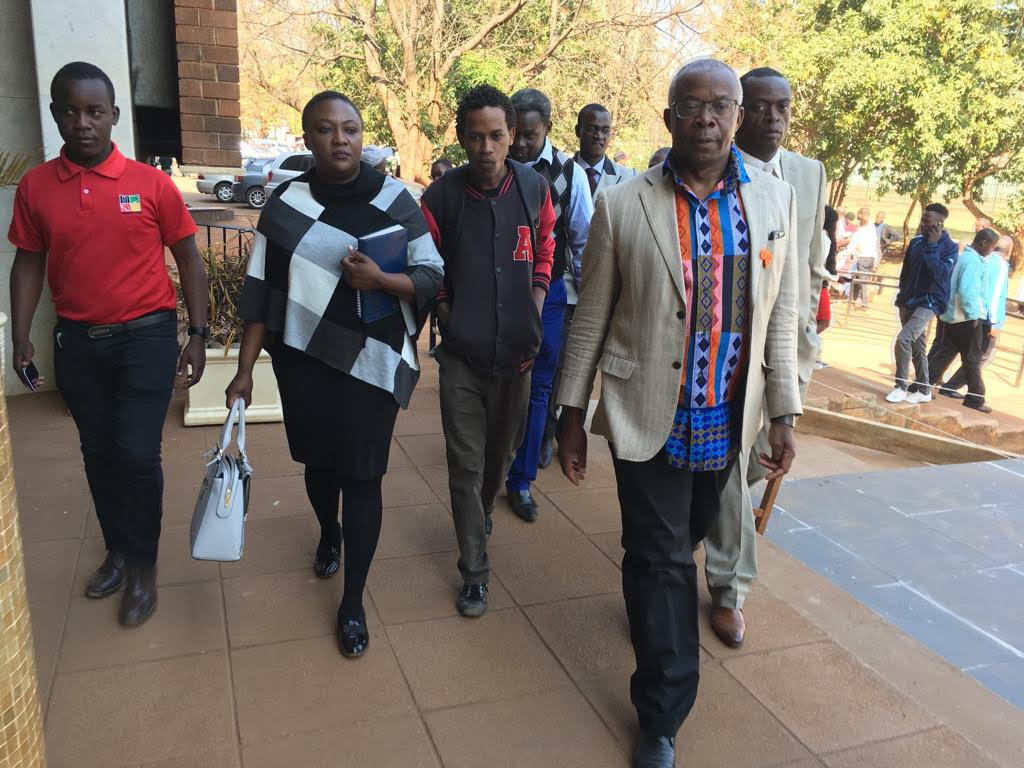 Charges Seen as a Threat to Artistic Freedom in Zimbabwe

(New York)—The decision to charge two Zimbabwean filmmakers, along with twoartists, with unlawfully screening a fictional film, The Lord of Kush, is an “unjust act of intimidation” and threat to artistic freedom, PEN America said in a statement today.Zimbabwean filmmakers Tendai Maduwa and Kudakwashe Bwititi, and Arterial Network Chairman and President Daves Guzha, and director of the Harare creative space Theater in the Park (TITP) Peter Churu were jailed on Sunday and appeared in court on Monday.“The Zimbabwean authorities’ targeting of filmmakers and culture professionals is an alarming attack on artistic freedom,” said Julie Trébault, Director of the Artists at Risk Connection (ARC) at PEN America. “Artists should have the freedom to explore any subject matter and share their work with their community. The Zimbabwean government’s choice to prosecute TITP and Arterial Network members for screening The Lord of Kush under a vague and restrictive law amounts to an unjust act of intimidation and another iteration of the Zimbabwean government’s attempts to inhibit the free flow of ideas and silence dissenting or controversial voices.”On Saturday, July 27, Zimbabwean police officers raided TITP to stop the screening of The Lord of Kush. Because officers failed to provide the required legal documents, TITP screened the film later that evening. On Sunday, the four were instructed to report to the Harare Central CID Law and Order police station, where they were interrogated, then formally charged with “unlawful public exhibition of a film,” an act which the authorities claimed violated Section 9(1)(a) of Zimbabwe’s Censorship and Entertainment Control Act, Chapter 10:04. After being jailed, Maduwa, Bwititi, Churu, and Guzha appeared in court Monday and were granted bail. Their next court date is slated for August 29, according to Guzha.

The Lord of Kush, which was screened in an unfinished format for advance review, tells the story of a clash of cultures between Islamic and Christian communities in Zimbabwe, and the ensuing violence that results.

In 2018, following the first presidential election since Zimbabwean President Robert Mugabe was ousted by the military in November 2017, a campaign of violence and intimidation was launched to silence opposition leaders, journalists, and artists. Then, in January this year, the Zimbabwean government shut down the internet, actively restricting the flow of information in order to inhibit media, journalists, and activists.

PEN America leads the Artists at Risk Connection (ARC), a program dedicated to assisting imperiled artists and fortifying the field of organizations that support them. Arterial Network is a member of ARC’s Advisory Committee. If you or someone you know is an artist at risk, contact ARC here.