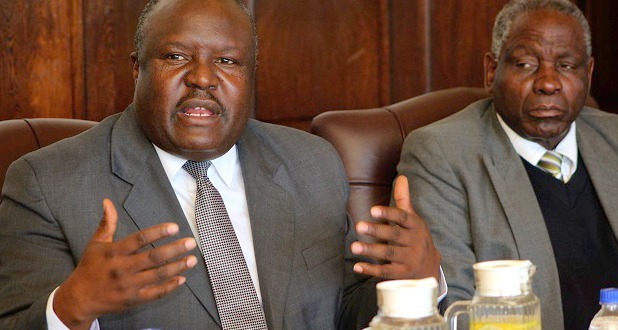 The late Chief Nyamukoho, real name Samson Mapereke Katsande, was buried at a shrine on Wednesday night according to the clan’s culture and tradition, before a funeral wake was held at the weekend.

Speaking during the funeral service held at the family homestead in Mutoko, Chief Charumbira said the late traditional leader’s children should accept that their father had married a second wife.

“We want unity in this family.  There is no need for clashes. You should sit down as a family and resolve your issues amicably. The Katsande family should accept that the late chief was married to Dorcas (Kanjanda) and that the same traditional leader also had children,” Chief Charumbira said.

Mashonaland East provincial chiefs’ representative Chief Nechombo also urged the family to find each other and carry on the legacy left by the deceased.

During the ailment, his children approached the courts and secured a curator to manage his estate in a move meant to bar Kanjanda from claiming a stake in his business empire.

Chief Nyamukoho owned vast properties in Mutoko, Marondera, Harare and Murewa, among others.