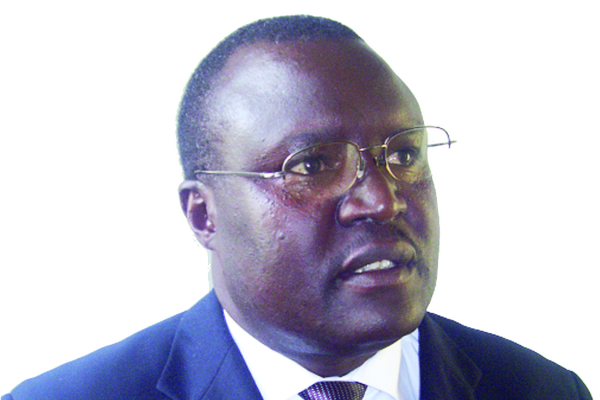 HARARE – Zimbabwe’s civil society is vigorously opposing the candidature
of Zimbabwe’s president of the Chiefs Council, Fortune Charumbira, for the
presidency of the Pan African Parliament (PAP).

This comes after Charumbira won the Sadc Pan African Parliament (PAP)
caucus vote. He is now officially the nominee for the election of the next
president of PAP due to take place today.

He defeated a competitor from Botswana. He will face the incumbent
president of PAP, Roger Nkodo Dang.

“Our position against Charumbira’s candidature is not in any way personal
but re-emphasises our commitment to the rule of law and democracy,” Tabani
Moyo, spokesperson of the influential Crisis in Zimbabwe Coalition (CiZC),
a coordinating body for civic society organisations in Zimbabwe said.

“The PAP, among its founding values, seeks to cultivate human rights, good
governance, transparency and accountability in member States and CiZC
would like to reiterate that the culture of respect for human rights and
the Constitution will be at stake if  a person implicated in disregard of
the very same virtues is to assume top leadership of the institution.”

This comes as Charumbira was yesterday ordered by High Court judge Justice
Clement Phiri to publicly retract his statements stating that traditional
leaders will support Zanu PF in the upcoming elections.

The Local Government ministry was also ordered to take disciplinary action
against the wayward chief.

The CiZC spokesperson said “Charumbira stands accused of violating the
Constitution of  Zimbabwe by openly declaring on numerous occasions, his
allegiance to the ruling party, Zanu PF in direct violation of Section 281
(2) of the Zimbabwean Constitution which stipulates that traditional
leaders must not participate in partisan politics or further the interests
of any political party or cause.”

“Despite numerous outcries from pro-democracy groups, Charumbira has gone
further to mobilise chiefs around the country to support Zanu PF and those
that defy his order are often victimised in one way or the other,” Moyo
said.

“His continued violation of the country’s Constitution – ….stands as one
of the major obstacles to credible elections in Zimbabwe and entrusting
him with the leadership of the PAP would set a bad precedence.”

Chiefs aligned to the ruling party have been among the instigators of
violence in Zimbabwe, especially during election times and Charumbira’s
actions make him complicit in the persecution of opposition activists in
the countryside, Moyo said.

“In doing so, he is therefore implicated in the trail of violence, abuses
and heinous acts that characterised successive elections that kept the
ruling party in power,” he said.

“CiZC would like to draw the attention of the PAP membership to the fact
that Charumbira has a pending court case, where he stands accused of
violating the Constitution.

“This makes  him a high reputational risk for the organisation,” he said.

Moyo said CiZC’s firm position is that Charumbira cannot be entrusted with
upholding PAP principles which he himself has failed to uphold in his
homeland.

“It is from this vintage point of view that CiZC wishes to call upon all
democracy-loving and law abiding people of Africa…to realise that the
election bid of Charumbira is a danger to the principles and values of the
PAP and stand ready to defend the strategic institution from capture by
elements who are bent on destroying progressive institutions for selfish
ends.

“CiZC  therefore calls for unity of purpose in defending the integrity and
reputation of the esteemed institution. In our view, the values and
principles of constitutionalism and rule of law are on test,” Moyo said.

The Parliament has 255 members representing the 55 African Union member
States that have ratified the Protocol that established it.