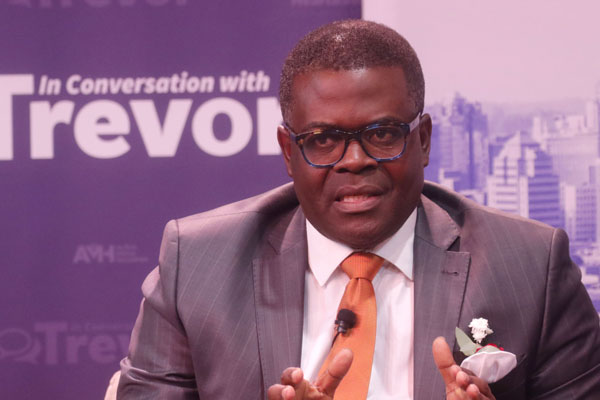 ENERGY minister Fortune Chasi has given Intratrek exactly six months to feed 10 megawatts into the national grid, adding intrigue to the raging court case against the company after the Supreme Court this week ruled that its owner Wicknell Chivayo should stand trial.

Chivayo won a tender in 2015 to build a solar power plant in Gwanda, expected to feed 100 megawatts into the national grid, but the company missed the deadline due to protracted disagreements with government.

The matter spilled to the courts after Chivayo failed to honour the US$5 million solar project, but High Court judge Justice Tawanda Chitapi acquitted the controversial businessman, claiming the matter should be settled by the Civil Court.

But in a sudden turn of events, it has emerged Chasi had already written to Zesa Holdings managing director Sydney Gata directing the power utility to urgently work out an out-of-court settlement with Intratrek Zimbabwe to allow the project to proceed.

He said several meetings involving high-ranking Zesa and Zimbabwe Power Company officials were held on May 22, 2020 to craft new terms for an amended engineering, procurement and construction (EPC) contract to replace the existing project agreement.

Chasi said the withdrawal of all litigation and an amicable resolution of the dispute would allow Intratrek to complete the project, which he said was for the good of the country.

The decision, he said, had already received backing at “the highest level” of government.

“In my communication of government’s unequivocal position with regards to the Gwanda project, I sought to deliver the ministry’s mandate to ensure availability of sufficient power to the country by all means necessary,” Chasi wrote on May 26.

“Gwanda solar project was and is still earmarked by the government as an economic enabler to the Transitional Stabilisation Programme (TSP) and successor policies adopted by government.”
e added: “Intratrek assured the government that it can commence the project immediately as the funding is now available for this purpose.

“Feeding 10 megawatts into the national grid within the next six months will cause notable availability of power, that’s significantly reducing the extent and cost of power imports, whose arrears in foreign currency are fully known.”

Chasi said the agreement was arrived at after government took note of the involvement of high-ranking professionals who constituted the restructured Intratrek board, which include prominent lawyers Edwin Manikai, one of President Emmerson Mnangagwa’s advisers, and Wilson Manase, adding that the new arrangement spoke volumes of integrity, professionalism and experience placed into the project.

Manase, the new chairman of the restructured Intratrek Zimbabwe board, said the government wanted to see Gwanda solar project completed and the engagements with Chasi were successful and they had already started work on the project to meet the six-month deadline.

Manase said pre-commencement works had since been completed and the endless litigation had also since been overtaken by events.

He said Chasi was results-oriented, and had managed to end load-shedding.

“We have assured him that with this new team, we are going to deliver the project before the deadline since we have found new financiers,” Manase said.

Chasi said due diligence on the technical capacity of Chint Electric, Intratrek’s Chinese partner on the project, was done and the report advised him that the company was reputable and listed on the Shanghai Stock Exchange, with average annual sales revenue in excess of US$12 billion.

The company last year indicated that it was still interested in fulfilling the Gwanda contract.