Checkmate | The most instructive checkmating patterns in Chess

Source: Checkmate | The most instructive checkmating patterns in Chess – The Zimbabwean 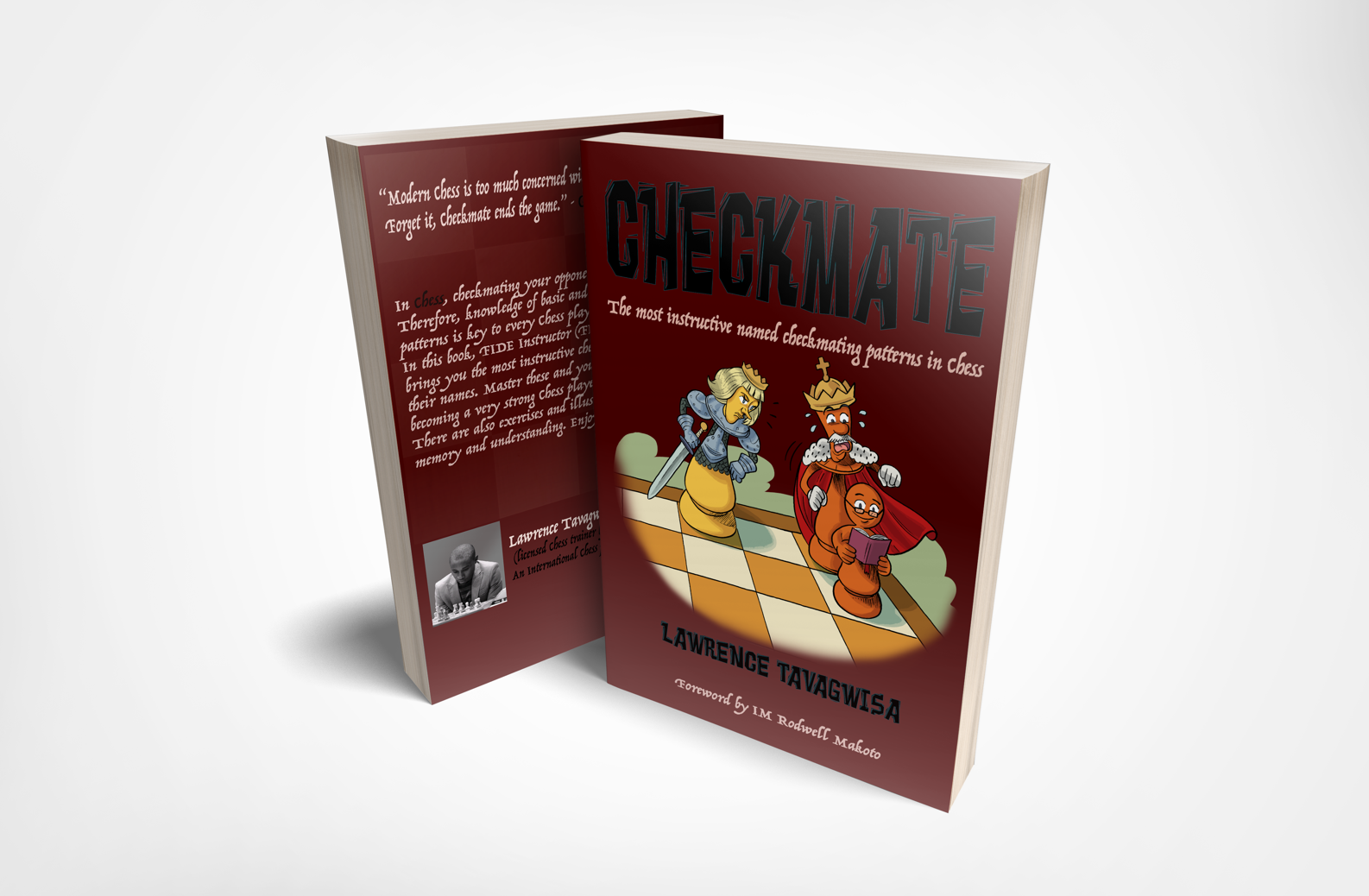 Coming up with the title was fairly the easiest part of the journey which started in late January of the year 2019. Now we are in October of 2019 (about nine months since the project started) and the book is ready to launch.

Before I get into what’s inside the book, I would like to share a bit of background into how this project was initiated as well as some of the challenges encountered along the way.

Back in 2018, on the island of Sardinia, Italy, I met with a fellow Zimbabwean who is now based in England. His name is Hope Mkumba. We quickly got started on the right foot and started sharing some personal information about our lives in happy conversations. When I mentioned that I was doing Chess as a full-time job, it bothered him so much. The gentleman could not understand how I was managing to survive on playing Chess alone, yet at that time I didn’t even have any social media presence. I had no YouTube channel, no website, not even a single newspaper article that I penned myself.

So, he challenged me to be more active in my craft and write a book. I couldn’t stop thinking about what he had said in that mini-lecture. I carried the idea with me every single day. I even had nightmares. I remember in one of the bad dreams, I was struck with a terminal disease and was left with only a few hours of life according to the doctor. I started to reflect on all the days I was healthy and strong. That’s when I realized that I’m going to leave this life without any legacy or heroic moments for people to remember me by.

The Challenges and Triumph

Almost every writer will admit to this: starting is the hardest part. The famous American storyteller, Louis L’Amour once said “Start writing, no matter what. The water does not flow until the faucet is turned on.” I find this to be true, yet easier said than done.

Like I mentioned before, I carried the idea of writing a book since 2018, in April to be precise. I could not even open a word processor to jot a full stop. However, motivation was never in short supply. I had my sister, Cathy. The lady was always finding creative ways to remind me of how much protentional I had in me. It felt like inception or hypnosis of some sort. I had my Pastor who would sometimes give a prophetic word of how much I could accomplish, with hard work of cause. All these people around me seemed to be saying the same thing to me over and over again, then I remembered the words of the literature maverick, Herman Melville, who said: “To produce a mighty book, you must choose a mighty theme.” That’s when I decided to write my first word in the book, ‘Checkmate’.

Now I have my title, Checkmate, then what? That was the question I kept asking myself the whole day. I went online and started to look for everything related to the word until I realized that this is not just a small talk. Get this, everyone who is playing the game of Chess is looking forward to checkmating the opponent. So, this means one has to have the know-how of accomplishing the task.

Now I know what I need to write about. So, the question became “how am I going to present this important topic in a way that is instructive, fun, easy to follow and visually appealing to the reader?” To tackle this challenge, I had to dig deep and tap into my inner creative reservoirs. I hope you enjoy the work.

Last but not least, I never considered myself to be a technical person and let alone, an artist. I knew I could not afford to hire experienced experts to do my cover design, chess diagrams, layout, editing etc. So, I had to watch hours of YouTube tutorials to do it myself. All credit for the Chess cartoons on the cover and inside the book goes to the talented artist, Rodrigo Cardama. Foreword by International Master (IM) Rodwell Makoto. Full dedications and acknowledgments are in the book.

The book is a 6 x 9-inch paperback with the title: Checkmate, written in bold and the subtitle: The most instructive named checkmating patterns in Chess. It has one hundred and four pages. I would have loved to make the book longer and thicker, but unfortunately the topic/subject would not allow me.

Inside are more than twenty-seven different types of checkmates and checkmating patterns with their names and a bit of history. Each chapter carries exercises of varying difficulty to harmer-in the concept and increase the level of engagement with the reader. Some interesting cartoons are strategically placed on different chapters to strengthen memory and make studying fun for kids as well. There are also other hidden features that I cannot disclose at the moment in fear of spoiling the surprise for you.

In the words of the Nigerian novelist and poet, Chinua Achebe “I believe myself that a good writer doesn’t really need to be told anything except to keep at it.”

I will be signing and shipping the first 100 copies of Checkmate | The most instructive named checkmating patterns in Chess with a personal note inside, two days before the official book launch.

To secure yourself a copy, send an email with the word Checkmate and your name to spartanchessgroup@gmail.com

Thank you for the continued support.