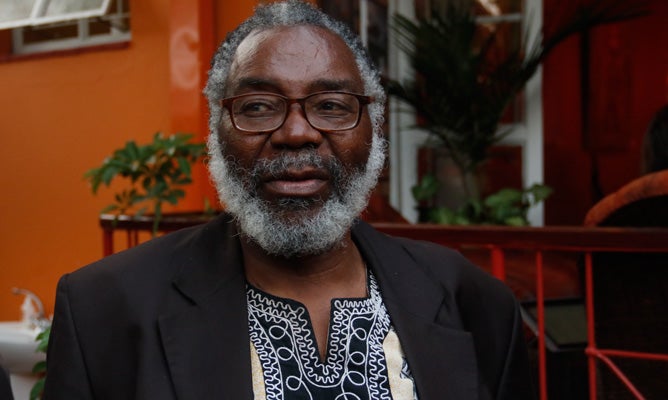 LEGENDARY playwright and multi-talented artist Stephen Joel Chifunyise, who died at 70 on Monday after a long battle with cancer, was an influential creative who wore many hats and contributed to the development of local theatre.

Chifunyise died at his home after “a brave battle with cancer” — according to family spokesperson and elder brother Dennis Chifunyise — plunging the arts fraternity into mourning.

“Seemingly like a great choreography, Stephen ‘decided to rest’. Stephen represented the best of whatever he set his mind at,” he said.

“Stephen was equally comfortable among artists, who he regarded as his peers, government ministers and other officials.”

Dennis said Stephen played a leading role in the introduction of theatre for development in Zimbabwe.

“It is to his credit that through his generosity, Stephen has left a colossal legacy as a globally celebrated playwright with a remarkable output of performed and published plays which are over 70,” he said.

“Enveloped with intense anguish, sadness and complete helplessness, the National Arts Council of Zimbabwe and the arts fraternity learnt of the heart-breaking passing on of the iconic and revered figure in the creative and cultural industry,” he said in a statement.

In April 2004, NACZ appointed Chifunyise a board member and bestowed upon him an Arts Service Award at the 2016 National Arts Merit Awards ceremony.

Chifunyise played a critical role in the formation of the Zimbabwe Association of Community Theatres (ZACT), which saw an exponential growth of community theatre in the country alongside his late friend and iconic thespian, Ngugi wa Mirii.

Renowned artist Jasen Mphepo said Chifunyise was both a father and mentor: “We have been robbed of a true hero in the theatre sector.”

Theatre in the Park director Daves Guzha said Chifunyise “dedicated his life to his craft, his culture and his African people” and was a fountain of knowledge and wisdom.

Author Aaron Chiundura Moyo described Chifunyise’s death as “a very big loss to the arts, which has left a wider space”.

Broadcaster and actor Tendai Madondo, who was taught by Chifunyise in the drama class at the University of Zimbabwe in 1994, described him as a legend.

“We have lost one of the creative legends of our time. He was multi-socketed as a theatre arts authority, writer, teacher and roundly as an artist… We have lost our gem, a larger-than-life personality,” she said.

Mourners are gathered at 41 Edinburg Road in Vainona, Harare.