Chigumba’s sex life and the pitfalls of social media 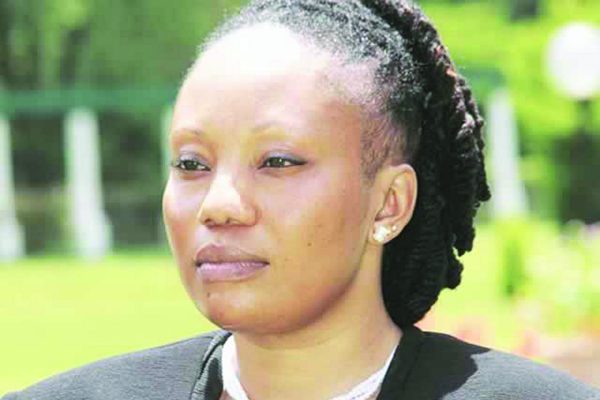 Source: Chigumba’s sex life and the pitfalls of social media – The Standard July 22, 2018

I am not sure if Priscilla Chigumba, the Zimbabwe Electoral Commission (Zec) chair, bleached to be such a yellow-bone. But I am not rushing to make her pigmentation any of my business because it’s not and musn’t be. And, by and large, I don’t believe we must start judging technocrats on the basis of their private and personal choices.

It’s not as easy as that, though. It’s sometimes a messy affair trying to isolate the private from the public or professional. That was evident in a somewhat crude conversation that emerged mid-last week when Edmund Kudzayi, former editor at the Sunday Mail, claimed that Chigumba was involved in an extra-marital affair with Mines minister Winston Chitando.

Kudzayi’s point was that Chigumba is compromised because she is allegedly bedding an influential Zanu PF member. Having a sexual relationship with a ruling party member makes her partial in favour of that party, he argued. So, for him, the net effect is that Chigumba, as the Zec chair, would strive to ensure that Zanu PF has an unfair advantage over the opposition at the July 30 polls if at least to protect the vested interests of her alleged lover. His conclusion was that Chigumba must resign from Zec, presumably to enhance the freeness, fairness and credibility of the impending polls.

Sexualising political conversations is a messy affair too. For instance, one lawyer was quick to throw brickbats at Kudzayi on Twitter. The lawyer, a student leader during my time at the University of Zimbabwe, insinuated that Kudzayi must zip up because something was happening to his “anatomy” at a male former cabinet minister’s house. You get as much as you give in this new world order of social media that is a big, big china house.

That aside, the question is: Are those that are sexualising Chigumba’s Zec chairpersonship abusing their freedom of expression? Also, are they abusing Chigumba by accusing her of having an extra-marital affair with a Zanu PF functionary? Let’s take a hint from what Mary Robinson said. Robinson is the first female Irish president and ex-high commissioner for human rights at the United Nations. She is in Zimbabwe as part of a delegation of elders led by Kofi Annan to observe the elections. She rapped Chigumba’s and other female Zec commissioners’ critics as sexists for sexualising their actions and implicitly disparaging them as prostitutes.

More about this later, though. To start with, is there sense in Kudzayi’s claim of an extra-marital affair involving Chigumba and his call for her to resign? I am not sure to what extent Chigumba would want to throw elections in favour of Zanu PF if it is indeed true that she is in a sexual relationship with Chitando. But, assuming it’s true, there is no doubt in my mind that Chigumba must resign from her post as chair.

Why? Because the constitution is clear on what kind of people must be in that commission. Section 238 (4) says electoral commissioners must be people of unquestionable integrity. A woman or man who chooses to be involved in an extra-marital relationship can’t be a person of unquestionable integrity. This is because the woman or man is a cheat and cheating is the antonym of integrity. If, then, Chigumba is involved in the said vile relationship, she lacks integrity and her continued occupation of the Zec chair would be illegal.

That is, of course, different from saying Chigumba must resign because her alleged relationship with a Zanu PF functionary would force her to be biased in favour of the ruling party. Such a chance exists, but there is no definitive causal connection between the sexual relationship and the tendency to favour the party the lover belongs to. In fact, the reality at Zec is that the commissioners hardly have any influence as the secretariat is the one that wields power. I am not making things up here. I remember the time when I talked to a former electoral commission chair and was told just the same. I had asked that chair what they were doing to ensure that the commission was well-funded. The answer was: “People must know that, as commissioners, we have little influence on many things.” That was off the record, of course.

But if we were to assume that going to bed with a top Zanu PF man would actually result in Chigumba favouring her lover’s party, then, again, she must resign, upon the correct procedures being followed. Section 239 (a) (iv) says Zec must ensure that electoral processes are efficient, free, transparent and fair. It would always be a contradiction in terms that the Zec chair is busy manipulating the processes and systems and still hopes that she would preside over free, fair, efficient and transparent elections.

That’s as much as the likes of Kudzayi would love to hear, unfortunately. Frankly speaking, it’s not clear what Kudzayi sought to achieve by making such a claim on Twitter, to the extent that his “revelation” becomes an absurdity. Section 239 (k) provides that Zec must receive, consider and act on complaints coming from members of the public. Granted, the commission has received many complaints and has been wanting in its responses. These complaints include the structure of the presidential ballot paper that seems to give illegal prominence to President Emmerson Mnangagwa, the opaque manner in which the ballots are being printed and (in)access to the voters roll.

But that doesn’t mean that Kudzayi must have complained to the blogosphere instead of approaching Zec with his concern. The smart thing would have been to go to Zec and file his complaint, together with what he expects the commission of relevant government offices to do. Alternatively, he must have approached one of the electoral courts. The point is, choosing to make noise on social media is only good in so far as it gets people excited and talking. It doesn’t guarantee concrete and desirable results. Even if Zec or the courts would not act desirably, the footprints would have been made for future reference. And the opposition needs to be clever enough to make Zec and the courts behave well.

I’m not sure if Kudzayi and the other critics would be able to produce concrete evidence to prove that Chigumba has been doing hanky-panky with a Zanu PF-affiliated cabinet minister. Such things normally happen away from the public glare. Unless, of course, you have the capacity to fix a secret camera in the roof of couple’s hideout or house as our spooks did with Pius Ncube. Without that evidence, Chigumba’s critics are fodder for the likes of Robinson. Not only do they easily get accused of invading personal privacy in contravention of the law, they also stand accused of defamation. This is to say the critics are being unfair by publishing damning claims against someone without hard evidence or balancing their allegations. Social media don’t give people such a licence.

Social media need to be handled with care because what you do with them can easily boomerang and produce unintended effects. They have discredited a lot of people in the past and, in the frenzy of the election season such as the one we are going through, they can hand you a ball of thorns. This is not to say people mustn’t use social media to complain or share information. It’s possible, however, that they can undermine the opposition in a big way.

Yes, the opposition should keep pressure on offensive Zec, but it must be smart about it. Sexualising Chigumba’s Zec chairpersonship can easily lose it votes. How? A lot of women may feel offended on behalf of a fellow woman in the form of Chigumba and decide to keep their votes at home. Add to that the possibility that a substantial number of opposition voters may also decide to stay away from the booths because they would have concluded that it’s no use going to vote anyway. But you are unlikely to get Zanu PF voters staying away merely because Zec is biased.

Overall, this means that there must be a better and sounder strategy of using social media to campaign for a level electoral field. Clearly, just going ahead and posting a claim that Chigumba is bed-hopping with Chitando and leaving it there is not one of those strategies.

l Tawanda Majoni is the Information for Development Trust (IDT) national coordinator and can be contacted on tmajoni@idt.org.zw