Former Zimbabwe captain Elton Chigumbura is set to retire from all forms of international cricket at the conclusion of the on-going Pakistan tour. 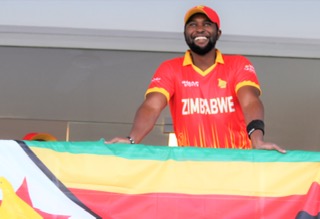 The 34-year-old all-rounder is part of the side taking on Pakistan in three T20I matches in Rawalpindi.

A veteran of many battles over the past 16 years – during which he served as Zimbabwe’s limited-overs captain from August 2014 before stepping down in January 2016 – Chigumbura made the decision to bring the curtain down on his career as injuries had continued to take a toll on him as well as to pave the way for young blood in the national side.

His international career started off on 20 April 2004 when, at the age of 18, he faced Sri Lanka in an ODI match played in Harare. As he bows out, he has made 213 ODI and 14 Test appearances for Zimbabwe, with 54 T20I matches under his belt before the start of his swansong series.

Chigumbura is one of Zimbabwe’s most-capped players, having played 281 international matches – excluding the current series – in which he made 5 761 runs and took 138 wickets. Renowned as an explosive finisher during his prime, he has to date scored two centuries and 26 fifties across all formats.

Wasim Qadri, senior sports journalist and television show host based in Islamabad, can be follow on Twitter at@jaranwaliya