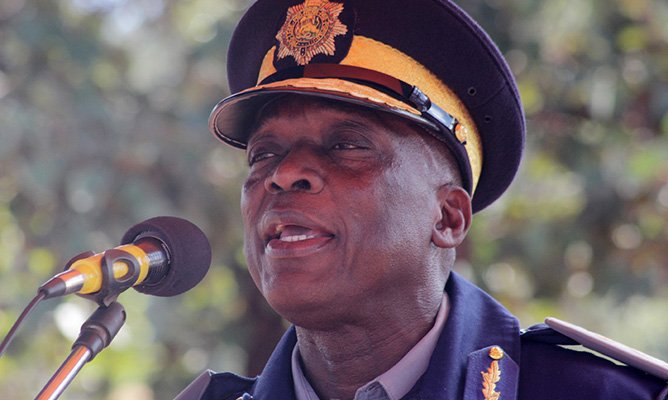 FORMER Zimbabwe Republic Police (ZRP) Commissioner-General Augustine Chihuri has been caught in a Malawi election storm with an opposition political party alleging that he was in the country to facilitate rigging of elections.

Chihuri left Zimbabwe for Malawi after losing his job following the ascension of President Emmerson Mnangagwa in a coup that removed former leader Robert Mugabe from power in November 2017.

In a letter to the Malawi Electoral Commission yesterday (May 19), which was trending on the social media, the opposition United Transformation Movement (UTM) publicity-secretary Joseph Chidanti Malunga
demanded the immediate postponement of Tuesday’s elections to a later date after Chihuri has been deported.

“Following the Press briefing held today May 19, 2019 at 5:30am by our torchbearer and State vice-president Saulos Chilima, the United Transformation Movement (UTM) would like to demand the urgent postponement of the May 21 tripartite elections to a later date set by the Malawi Electoral Commission (MEC),” Malunga wrote.

“This is due to strong indications of rigging plots from the ruling DPP and their working mission with Zimbabwe’s former (Police) Commissioner-General Augustine Chihuri. We would further like to demand that
MEC facilitates the deportation of this man from Malawi with immediate effect,” Malunga said.

Until MEC, Malawi Communications Regulatory Authority and all stakeholders put their house in order, their position as a party was that elections must not be held, he said.

The UTM is led by Malawi Vice-President Saulos Chilima, who left the ruling party to form the opposition party.

Chihuri is the former head of the ZRP, having led the country’s police force from 1994 to December 2017, when he was retired by Mnangagwa.