Chihuri ought to attend Parly 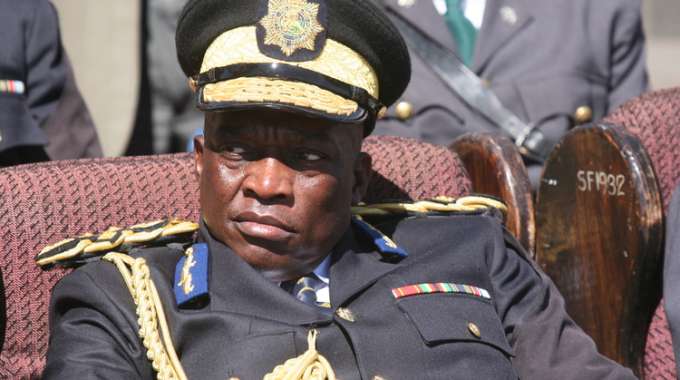 Zvamaida Murwira Mr Speaker Sir
While efforts by the Mines and Energy Portfolio Committee chaired by Norton MP Mr Temba Mliswa (Independent) to unravel the untold story of diamond extraction in Chiadzwa continue, the work by legislators might be futile if former Police Commissioner-General Augustine Chihuri does not give evidence.

Former President Robert Mugabe was whistle blower on the alleged looting of diamonds at Chiadzwa, putting the figure at $15 billion and raising a lot of questions on who the culprits were. Mr Speaker Sir, a lot of allegations have been levelled against the Zimbabwe Republic Police and in particular, Dr Chihuri.

The most intriguing allegation came from his former subordinates, who told legislators that they did not know that the organisation was mining diamonds at Chiadzwa.

Not only did these police commandants say they were not aware of the law enforcement agency’s involvement in diamond mining, but Secretary for Home Affairs Mr Melusi Matshiya and the then Minister of Home Affairs Dr Ignatious Chombo equally professed ignorance.

Mr Matshiya said as accounting officer, it was imperative that he be told since the objective of police involvement was to enable them to run their operations efficiently given the meagre resources they were getting from Treasury.

This is despite abundant documentary evidence shown to the committee by the Zimbabwe Mining Development Corporation former chairperson Mr Goodwills Masimirembwa that indeed the ZRP had 20 percent stake in Gye Nyame.

Gye Nyame was one of the seven companies that got licences to extract diamonds in Chiadzwa before Government chased them out in 2016 and consolidated all diamond extraction.

Other Gye Nyame shares were held by Dantor’s Itai Munyeza and Blessmore Chanakira and Ghananian partners.

Mr Speaker Sir, from the unfolding of deliberations that transpired during the committee hearing, an impression was created that Dr Chihuri either unilaterally ran the organisation without involvement of his four deputies or at the very least, ran it using a few hand-picked individuals.

Deputy Commissioner-General Matibiri said as head of operations, he had not been briefed on the deployment of armed police officers to enforce a Government resolution that companies mining diamonds should cease operations.

Legislators were surprised when the then Senior Assistant Commissioner Mekia Tanyanyiwa, a subordinate of Deputy Comm-Gen Matibiri, subsequently owned up to say he was involved in that deployment upon being briefed by Dr Chihuri. Deputy Comm-Gen Matibiri said he was surprised that Dr Chihuri would liaise with a subordinate in the department of operations without informing him as head of that section.

These issues, Mr Speaker Sir, and many others, make it more important for Dr Chihuri to respond to these allegations in his own interest and that of the nation. Mr Speaker Sir, it should also be recalled that serious allegations against the police were made by Mr Munyeza and supported by Mr Masimirembwa, crying out for Dr Chihuri’s response for the committee to have a comprehensive report.

Mr Munyeza told the committee that armed police officers seized keys to the vault containing diamonds from him.

They elbowed him and Mr Chanakira out and the law enforcement agency subsequently continued mining for several months that followed.

It is in the context of these allegations, Mr Speaker Sir, that concerted efforts should be made to ensure that Dr Chihuri appears before the committee and give his side of the story to enable the committee to compile an informative and fair report.

Adding to these allegations, there comes, Mr Speaker Sir, what appears to be a mystery.

Reports that the whereabouts of Dr Chihuri are not known makes it difficult to serve him with papers notifying him of the need to attend Parliament.

Mr Speaker Sir, the point being made here is that concerned stakeholders and security officers in particular should find ways of locating Dr Chihuri.

It is not being suggested here, Mr Speaker Sir, that Dr Chihuri put himself beyond the reach of authorities, but what is clear is that efforts to get hold of him have not yielded desired results.

At the same time, it cannot objectively be argued, Mr Speaker Sir, that Dr Chihuri is not aware that the committee is keen to have him come to give evidence on activities in Chiadzwa and his role as Commissioner General during his time.

It would be difficult for a fair-minded person to believe that Dr Chihuri is not aware that his attendance is being sought, given its wide coverage by the media and the attendant allegations levelled against the police during the time he headed the organisation.

This then makes one question the motive of his failure to make himself available to legislators to help them in their oversight role.

During the hearing, it emerged that some senior police officers were seconded by Dr Chihuri to be part of management team of Gye Nyame, but his deputies said that was done without their knowledge or involvement.

Mr Speaker Sir, do you recall one of the senior police officers, Retired Commissioner Grace Ndebele, confirming that the police indeed partnered Gye Nyame and when the police muscled out their partners, they were at least 1 000 stones of diamonds?

Rtd Comm Ndebele, however, said the Ghanaian partners were muscled out because they had not brought any money to the project as only the local partners of Mr Munyeza and Mr Chanakira had mobilised resources using their financial institutions.

There is need, Mr Speaker Sir, to heighten efforts to locate Dr Chihuri, otherwise there are a lot of unanswered questions if he does not come to fill that information vacuum.

Mr Speaker Sir, there is need for security forces to support the committee in ensuring that Dr Chihuri is brought to Parliament and help in clearing many hazy issues that have been raised.