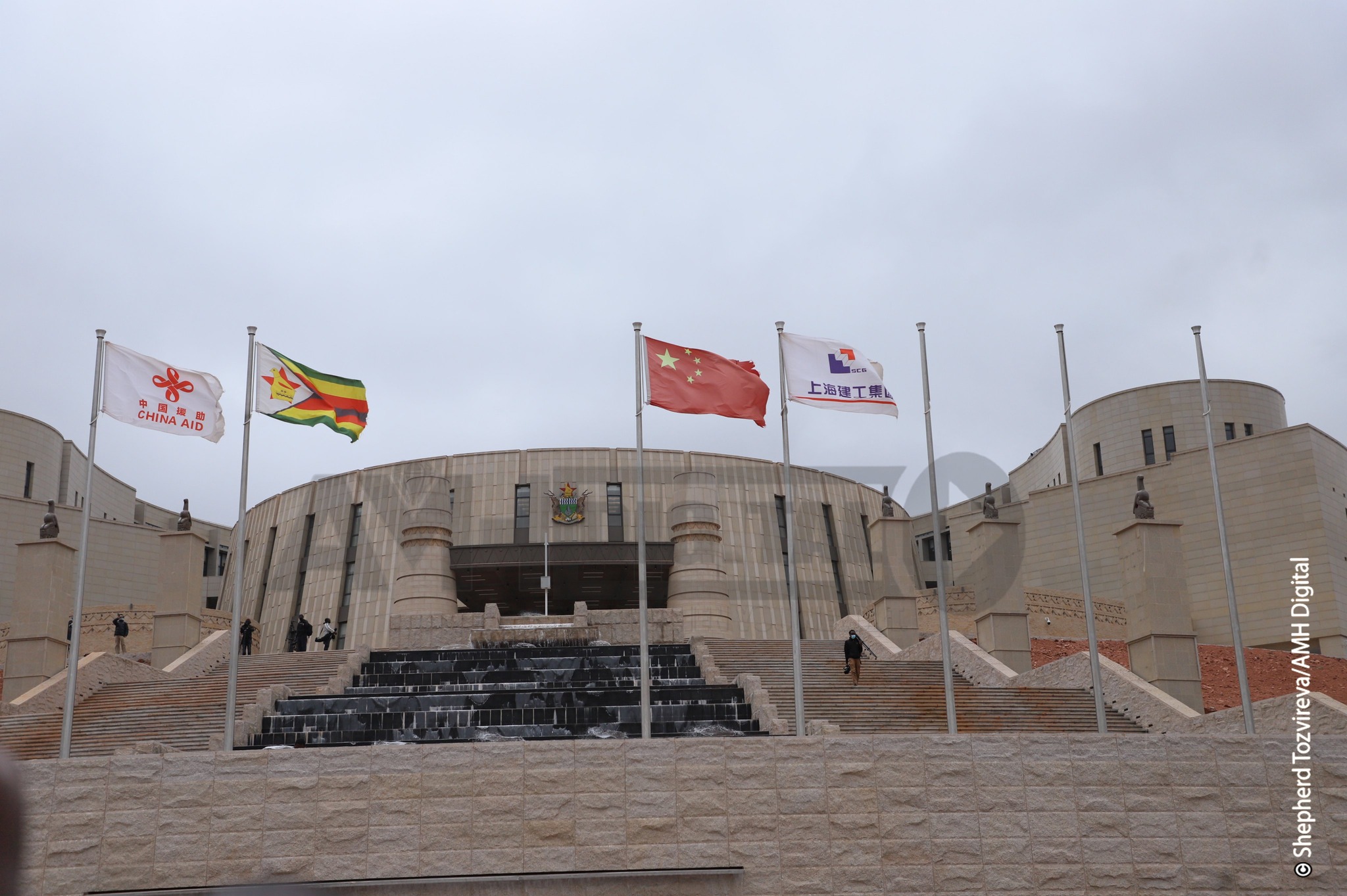 BY HARRIET CHIKANDIWA
China has donated to Zimbabwe the recently completed new Parliament Building in Mt Hampden in Harare to boost friendship and solidarity between the two countries.

Government has, however, been describing the US$100 million project as one a of Zimbabwe’s many development successes.

Addressing journalist during a familiarisation tour of the new Parliament building, Shanghai Construction group manager Libo Cai said:  “Zimbabwe’s new Parliament building is one of the most important projects in the China-Africa co-operation exercise, which is aimed at strengthening solidarity between the people of Zimbabwe and China, while improving facilities in Parliament to ensure better services to Zimbabweans at large. The project strongly supports democracy in Zimbabwe, while boosting the country’s image.”

He said the new Parliament building, whose completion was stalled by the COVID-19 pandemic, will be a landmark site in the whole of the southern African region.

The building, funded by the Chinese government through ChinaAid, consists of the National Assembly that can accommodate 350 Members of Parliament (MPs), while the Senate has 100 seats.

The seats also come in different sizes to accommodate the slim to the heavily built MPs.

Work on the project commenced in November 2018 and the building is now complete.

Newer Post
Who cares if the presidents knows bread price, when millions of Zimbabweans can’t afford even a loaf?
Older Post
I’m not free anymore: ED